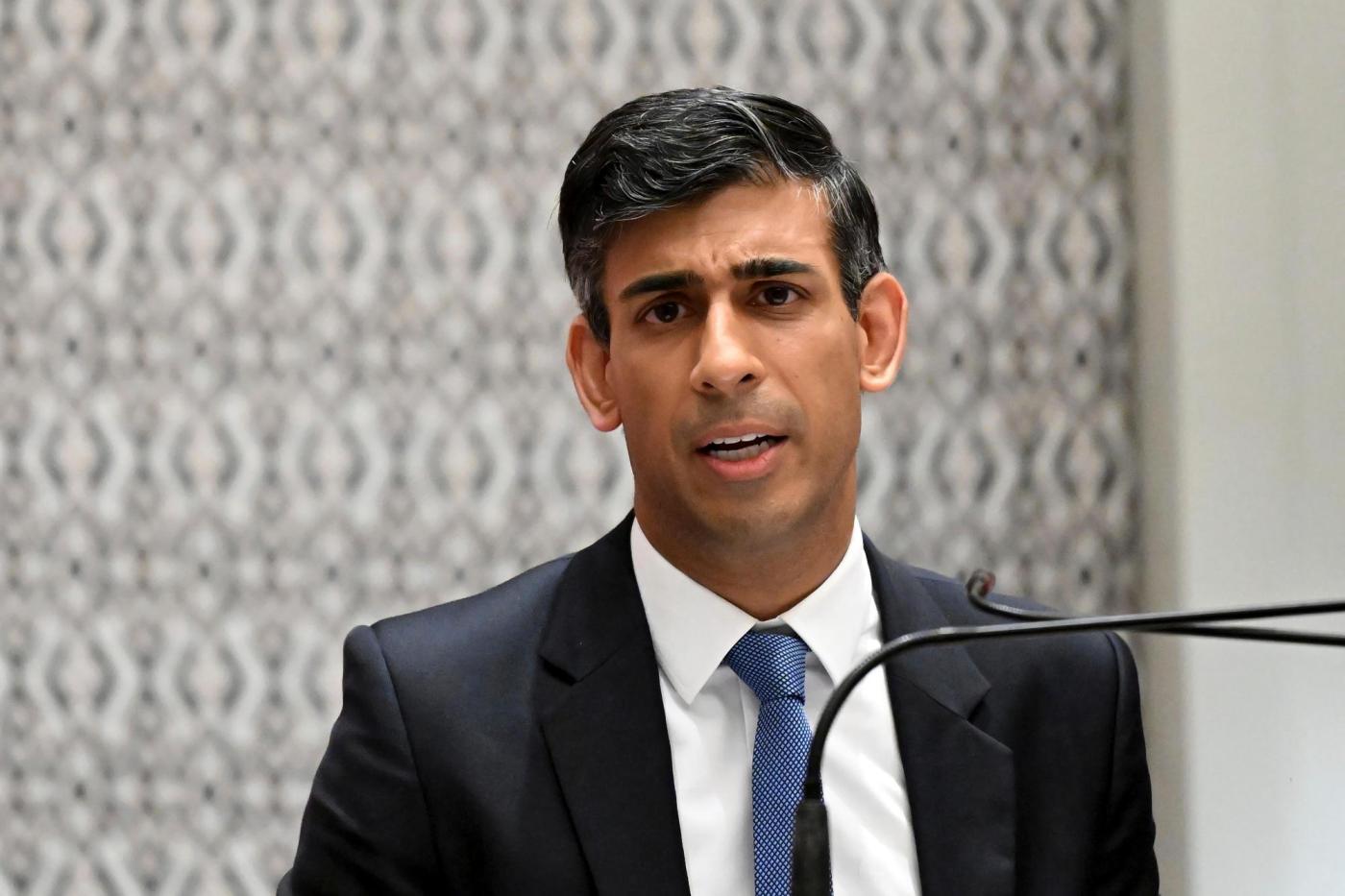 The air-defense package, which Britain valued at 50 million pounds ($60 million), comes as Russia has been pounding Ukraine’s power grid and other key infrastructure from the air, causing widespread blackouts for millions of Ukrainians amid frigid weather.

The package includes radar and other technology to counter the Iran-supplied exploding drones that Russia has used against Ukrainian targets. It comes on top of a delivery of more than 1,000 anti-air missiles that Britain announced earlier this month.

The U.K. has been one of the staunchest Western backers of Ukraine’s resistance to Russia’s invasion. Speaking alongside Zelenskyy, Sunak noted that the U.K. has given 2.3 billion pounds ($2.7 billion) in military aid and pledged: “We will do the same again next year.”

“Your homes, your hospitals, your power stations are being destroyed,” Sunak said in announcing the new air-defense package. “You and your people are paying a heavy price in blood.”

Speaking through a translator, Zelenskyy said Russian strikes have damaged around half of Ukraine’s energy infrastructure.

As snowflakes fell, Zelenskyy greeted Sunak at a presidential palace for their talks. He called the two countries “the strongest of allies.” Walking in the snow, they also inspected captured Russian tanks and other destroyed and rusting military hardware used by the invasion forces that are displayed in a Kyiv square.

“With friends like you by our side, we are confident in our victory. Both of our nations know what it means to stand up for freedom,” the Ukrainian leader said on Twitter.

Former U.K. Prime Minister Boris Johnson, who stepped down in July amid ethics scandals, won wide praise in Ukraine for his backing and made repeated visits to Kyiv. Sunak is keen to reassure Ukraine’s leaders that there will be no change of stance under his leadership, although when he was U.K. Treasury chief under Johnson he was considered resistant to demands for higher defense spending.

“The courage of the Ukrainian people is an inspiration to the world,” Sunak said. “In years to come, we will tell our grandchildren of your story.”