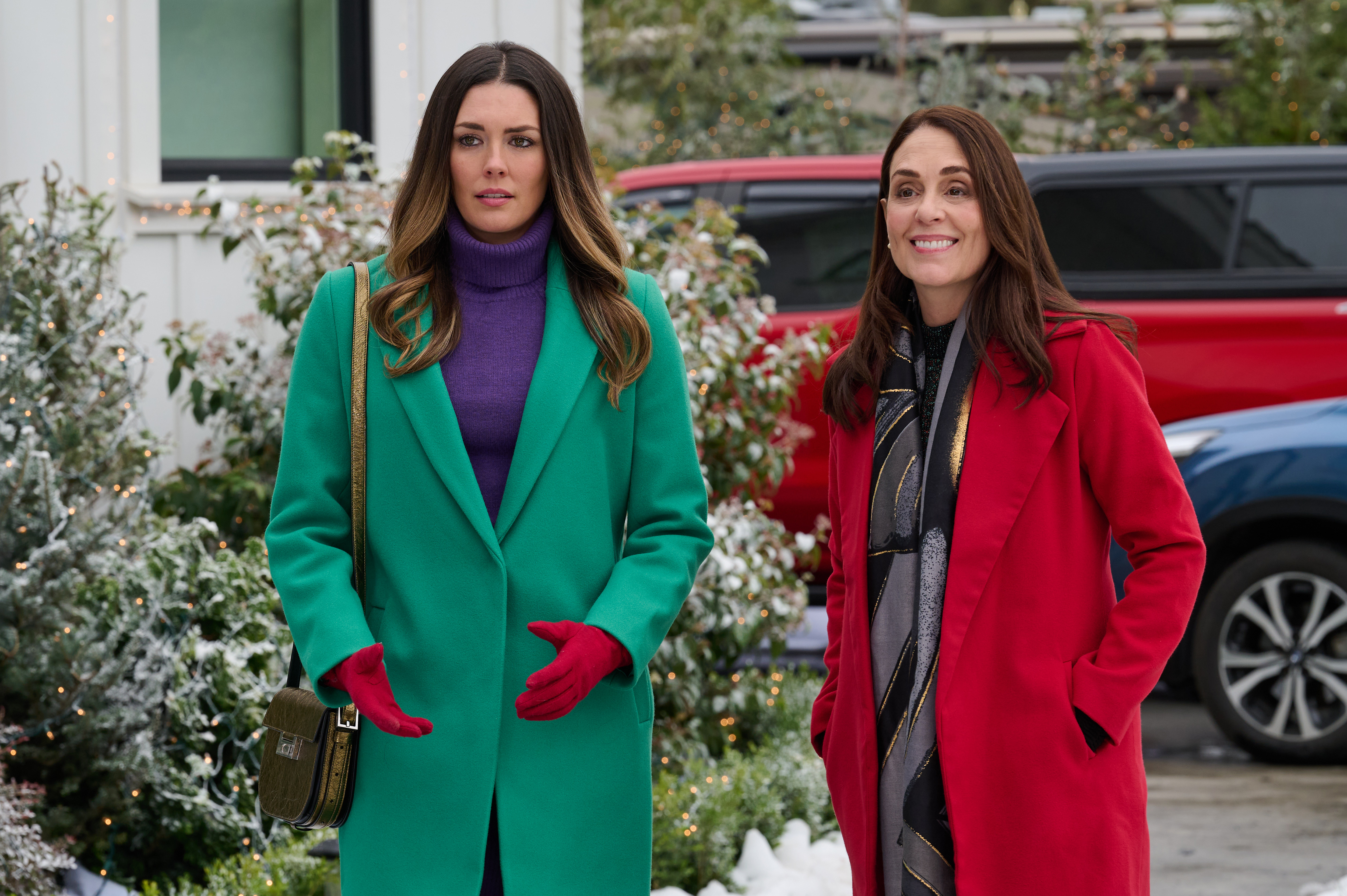 Hallmark Movies & Mysteries’ newest movie, “Long Lost Christmas,” premieres on Saturday November 19, at 10 p.m. Eastern/9 p.m. Central. The movie stars Taylor Cole and Benjamin Ayres. Read on to learn all about where the movie was filmed and the cast who brought it to life.

“Long Lost Christmas” was filmed in the British Columbia region of Canada, including Agassiz-Harrison. Filming wrapped on September 30, according to Ayres’ social media posts.

According to the Trailtimes — a news website from the town of Trails, British Columbia, — Ayres surprised several passersby who were looking at the decorations along Pioneer Avenue and recorded a brief video of the encounter on social media.

In the article’s video, Ayres says: “I think it’s such an honest reaction. It’s super quick. What I love about it is it’s really brought all these Hallmark fans from all over. I wish I would’ve kept it going because even the husband was like, ‘Oh, I know all your movies!’”

The movie is based on the novel of the same title by Joan Kilby. The author wrote about the making of the movie on Tule Publishing’s website. In her post, she wrote, “Frantic preparations were made for me to travel from Australia to Vancouver, Canada, so I could visit the set during filming. Vancouver is my hometown and I hadn’t seen my family since before Covid, so I was doubly thrilled that I was able to go. “

She continued by talking about one of the filming locations, the Harrison Hotsprings.

“The location, Harrison Hotsprings, is a small, lakeside resort town in the foothills of the Cascade Mountains,” Kilby wrote. “It made an excellent stand-in for the fictional town of Sweetheart, Montana. The private residence that was used as my hero’s log home couldn’t have been more perfect, inside and out. Filming at the end of summer in unusually warm conditions meant that the ‘snow’ you see in this photo is actually sheets of white felt.”

In the same article, they posted a few behind-the-scenes pictures of the sets and actors.