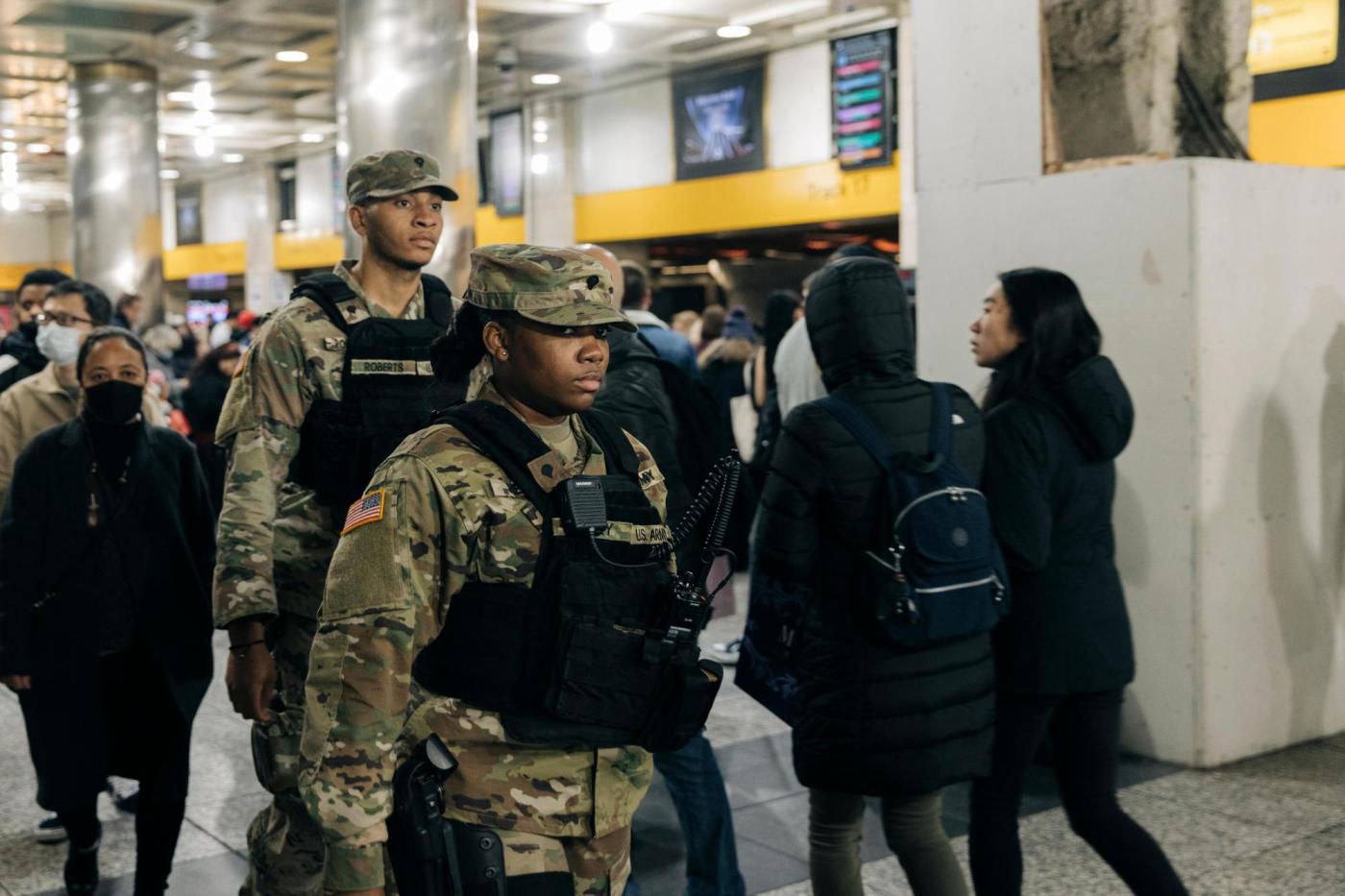 NEW YORK — Authorities arrested two men Saturday at New York’s Pennsylvania Station and seized a large hunting knife and an illegal firearm with a 30-round magazine in what they described as a “developing threat to the Jewish community.”

The New York Police Department was “strategically deploying” resources to “sensitive locations” throughout the city based on the threat, Keechant Sewell, the police commissioner, said in a statement.

Sewell did not elaborate on the nature of the threat or provide any information about the men who were arrested.

Two law enforcement officials with knowledge of the situation said threats about violence to Jewish sites, including “shooting up a synagogue,” were recently made in social media posts, and there was a reference to a violent act occurring Friday.

One of the officials said the additional deployments in the aftermath of the arrests were precautionary and not because of any further specific threats.

Sewell said that a joint terrorism task force of the police department, FBI and other investigators uncovered the threat Friday and “moved swiftly to gather information, identify those behind it and operationally neutralize their ability to do harm.”

Authorities issued an alert late Friday in which they identified a man they said had made recent threats to synagogues in the New York area.

They said the man, Christopher Brown, had a history of mental illness and had recently expressed an interest in coming to New York City to buy a gun.

A law enforcement official said Brown was one of the two men arrested at Penn Station Saturday. The police did not publicly identify the second man.

One law enforcement official said the MTA officers arrested the men at Penn Station based on the alert along with “a phone ping indicating they were heading there.”

John Mueller, the chief of the MTA police, said in a statement that two of the agency’s police officers identified the men and conducted a search that recovered a large hunting knife.

An investigation led to the recovery of an illegal Glock firearm, the 30-round magazine and several other items, Mueller said. It was not immediately clear where the gun was found or to whom it belonged.

Mitchell Silber, executive director of the Community Security Initiative, said the organization first detected the threat on Twitter around 10 a.m.

All the National Book Award winners and finalists in 2022

Looking at Sixers Biggest Reason to be Thankful This Season