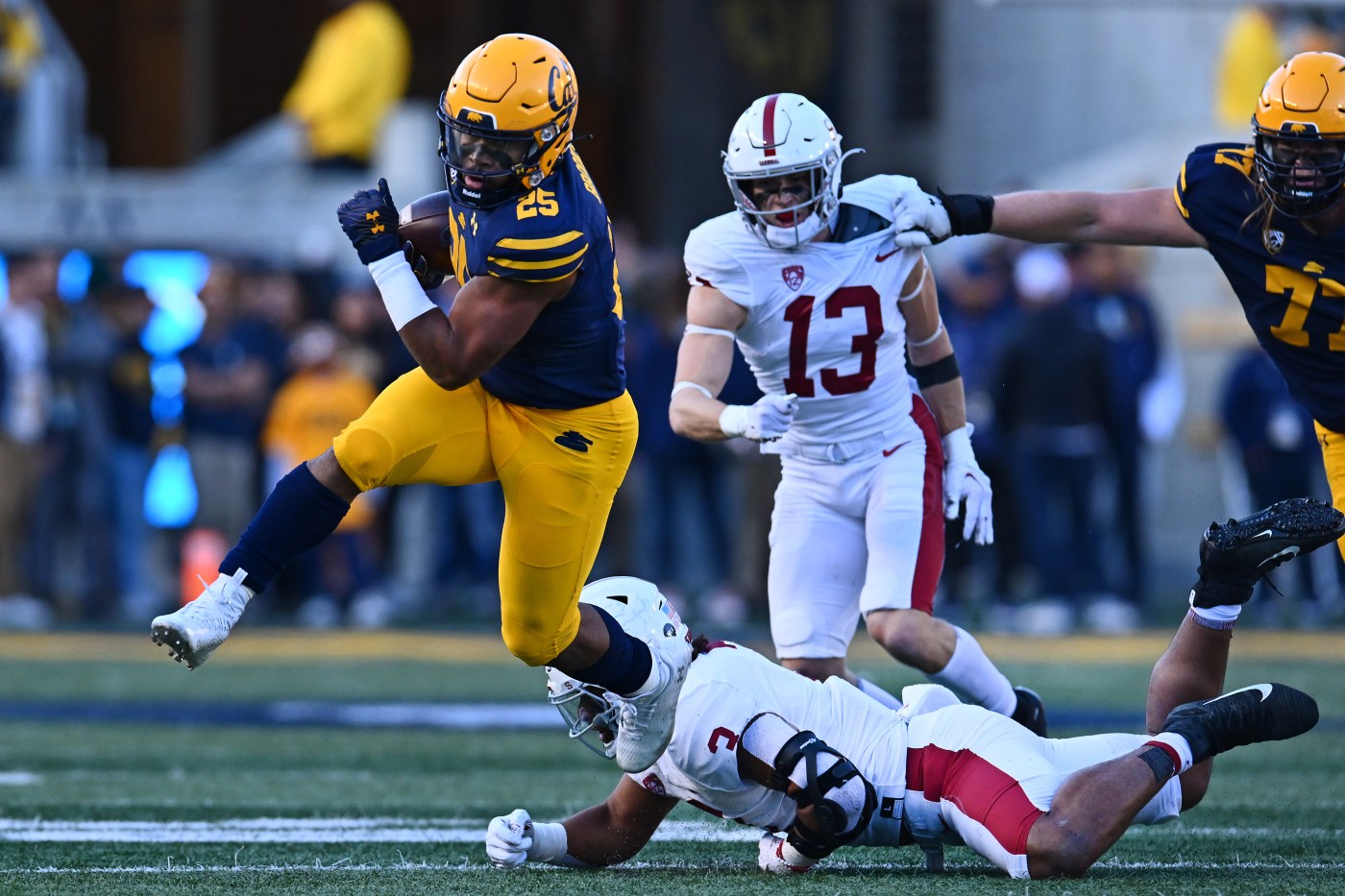 BERKELEY — It wasn’t The Play, but Cal found some Memorial Stadium magic to win the 125th Big Game.

On the eve of the 40th anniversary of the five-lateral kickoff return that has become part of football lore, linebacker Jackson Sirmon picked up the second fumble on the same play and ran 37 yards for a go-ahead touchdown in a 27-20 victory on Saturday.

The Bears (4-7, 2-6 Pac-12) ended a six-game losing streak and beat Stanford for the second year in a row and the third time in four seasons. But it wasn’t easy.

Stanford reserve quarterback Ashton Daniels, used primarily as a runner, tried getting around left end on a keeper but had the ball jarred loose by Cal safety Daniel Scott.

Cal freshman cornerback Jeremiah Earby scooped up the fumble and ran 3 yards before losing it after being stopped by Daniels. The ball bounced into the hands of Sirmon, who dashed untouched for 37 yards into the end zone with 9:54 left.

Jack Plummer threw to Jaydn Ott for the two-point conversion and a 20-17 lead.

Safety Daniel Scott ended Stanford’s last real threat, picking off Tanner McKee and returning the interception 40 yards to the Cardinal 9-yard line with 2:16 left. Ott went across on a 1-yard dive three plays later to make it 27-17 with 58 seconds left.

Stanford’s Joshua Party made a 61-yard field goal on the final play of the game.

Plummer passed for 280 yards for the Bears and Ott rushed for 99 yards — all in the second half.

Cal has secret advantage over Stanford in Big Game

Cal comes from behind to beat Stanford in 125th Big Game