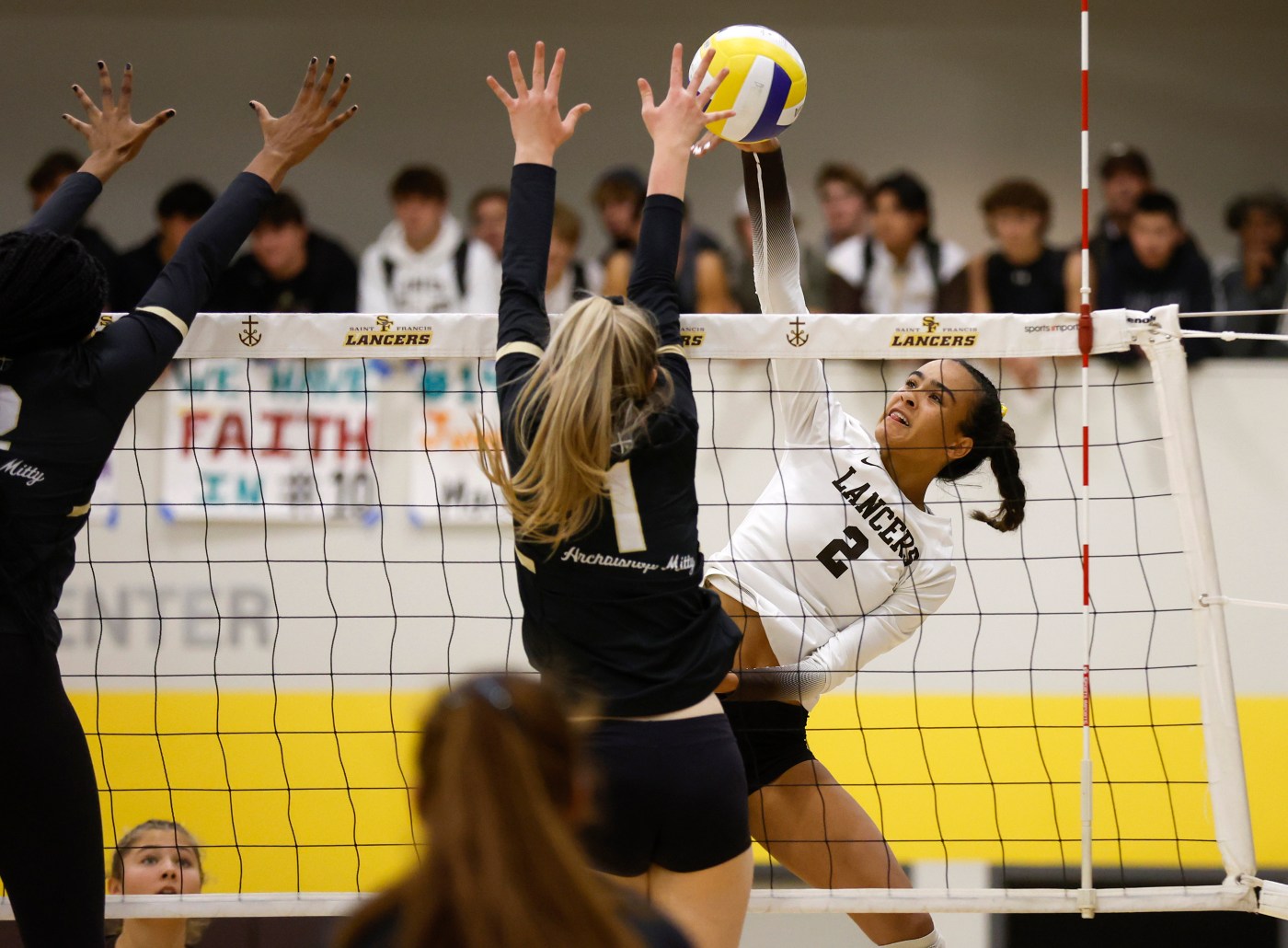 ORANGE — In its first appearance at the CIF state finals since 2010, St. Francis took on the nation’s best team, Cathedral Catholic-San Diego, in the Open Division title match. According to all sources, it was the first matchup of two unbeaten teams at the state’s highest level.

Cathedral was a big favorite as the Dons had steamrolled through a tough schedule and dropped just one set all season. The Lancers fought hard at Santiago Canyon College and tested the Dons in a competitive match but fell 25-21, 25-16, 25-23.

“I couldn’t be more incredibly proud of my kids for how hard they worked to get to this moment,” St. Francis coach Lake Merchen said. “They handled everything that was thrown at them. This team does such a great job of what’s in front of them. They showed that tonight.”

Cathedral Catholic (42-0) had a dominant block and powerful hitters but the Lancers (34-1) fought back with a superb defensive effort led by libero Whitney Wallace and an offense that attacked all over the court with direction from setter Havannah Hoeft. Junior outside Taylor Williams led the offense with 15 kills and added three aces. Junior outside Erin Curtis belted 10 kills and had eight digs.

“I was trying to get my hitters in 1-on-1 situations to avoid the big blocks,” Hoeft said. “They have a big block in the middle and I tried to move it around to spread their blockers out.”

On the right side, Sammy Franco contributed four kills. In the middle, Sacha Touma had four kills and Faith Crouch had two. Wallace had 16 digs and defensive specialist Jaemysen Martin aided the effort. Hoeft picked up 30 assists.

“It is a fantastic way to top off our season,” Cathedral Catholic coach Juliana Conn said. “They (St. Francis) showed me a lot. They were awesome. They have very good players. We knew it would be a battle and they did a great job up to the very last point.”

José Abreu, the longtime Chicago White Sox 1B and 2020 AL MVP, signs a 3-year deal with the Houston Astros