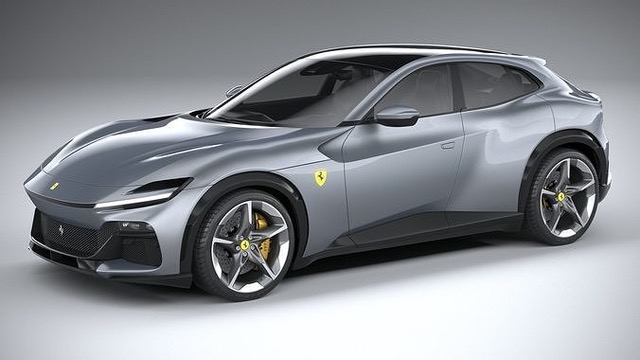 The idea of a supercar presented as a sport utility vehicle was preposterous — until a few years ago. Sales were so high, not even niche high-end manufacturers could ignore the consumer shift away from sedans to more versatile people haulers.

Welcome Ferrari to the once-off-limits core of prestigious carmakers clamoring for a market share.

Joining the Aston Martin DBX, Bentley Bentayga, Lamborghini Urus, Porsche Cayenne and Rolls-Royce Cullinan, the 2023 Ferrari Purosangue is expected to debut in July. It’s a rare double for the Italian carmaker — a new model and its first SUV.

Introduced last September, the most controversial vehicle in Ferrari history, delayed for more than two years became of Covid-19, will further add to the ever-expanding saturation of SUVs crowding highways.

But what exactly would Enzo Ferrari, the vehicle’s namesake founder who died in 1988, have to say about a Ferrari for wealthy soccer moms and with one of the worst car names in history? Less shocking but also formerly non-Ferrari-like, what’s with the four doors and four seats?

An offshoot of Puro Sangue Orientale, the car’s name is Italian for Oriental Purebred, a specialized horse breed introduced in the late 1800s. Ferrari traditions include its branding most often referred to as the “Prancing Pony.” It’s been Ferrari’s insignia since 1932 and thus the continuation of the name theme.

While Purosangue may not be as bad as some, it joins the dubious name legions with its brand mate Ferrari LaFerrari, the Volkswagen Tiguan and oddballs like the Peugeot Bipper Tipee Outdoor and the Toyota Deliboy.

According to the manufacturer, the Purosangue will be made with the same platform as the Ferrari Roma coupe. It will be equipped with a 6.5-liter V12 with 715 horsepower and 528 pound-feet of torque. The carmaker is promoting the car as capable of achieving 0-62 miles per hour in 3.3 seconds. The top speed in the all-wheel-drive-only crossover is 193 miles mph.

Unique is the use of the electric motor system to apply the dampers while cornering and curtailing body roll. It also has front-opening “suicide” rear doors. Its base price is estimated at $400,000.

Unlike other …read more

How to spot Instagram spam and stop it from reaching you