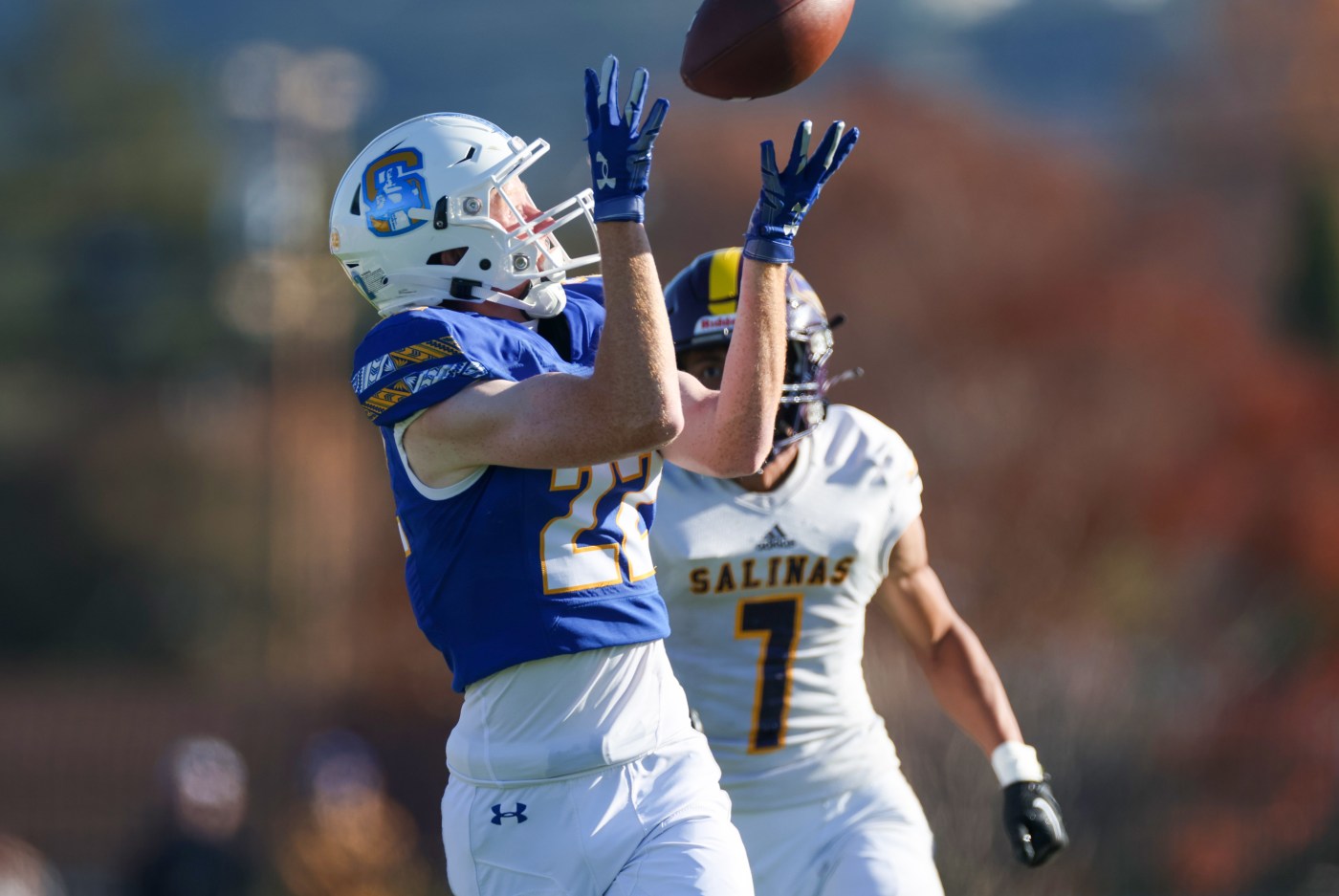 SAN MATEO — Salinas is a good team. It has been for a while under coach Steven Zenk. The team’s resume this season included a road victory over perennial East Bay powerhouse Clayton Valley, a playoff triumph over red-hot Sacred Heart Prep and a double-digit win total.

Saturday, the Cowboys were no match for Northern California’s top team.

Serra followed its opening-round rout of Salinas’ league rival, Palma, with maybe an even more dominant performance in the second round.

The Padres scored 50 points in the first half, which led to a running clock for the final two quarters, and cruised to a 57-21 victory that moved the San Mateo school into the Central Coast Section Division I final Friday night against Archbishop Mitty at San Jose City College.

As always, the Serra defense played downhill. It held a high-powered opponent (43 points per game) to seven points when the Padres had starters on the field in the first half.

The Serra offense was just as impressive. Junior quarterback Maealiuaki Smith, nearing the end of his first season under center, completed 17 of 19 passes for 284 yards and four touchdowns.

Smith did not play after halftime.

Serra (12-0) scored touchdowns on all seven of its first-half possessions one week after it buried Palma 57-7.

“That may be one of the best halves we’ve ever played here,” said coach Patrick Walsh, who has led the program since 2001. “That was really fantastic. It was the collection of the right attitude, great coaching, great effort and great execution.”

The onslaught started immediately. Serra forced a three-and-out to open the game, a series that ended with Timo Poloka’s sack, and Smith & Co. went to work.

A couple of runs, a couple of short passes to Jayden Weber and then the home run — a perfectly-placed 14-yard pass over the middle from Smith to tight end Seamus Gilmartin, who got a foot inbounds right in front of the goal post. Gilmartin also was on the receiving end of Smith’s two-point pass that made it 8-0.

On Serra’s next possession, Smith and Gilmartin connected again for a 27-yard gain to the 1.

One play later, in a double-wing formation that Serra calls “Raider,” Jabari Mann plowed across the goal line for a 15-0 advantage.

The blowout was on.

“The first half, we had a good game plan,” Smith said. “We knew what they were capable of. They’re a good team. They’ve got a lot …read more