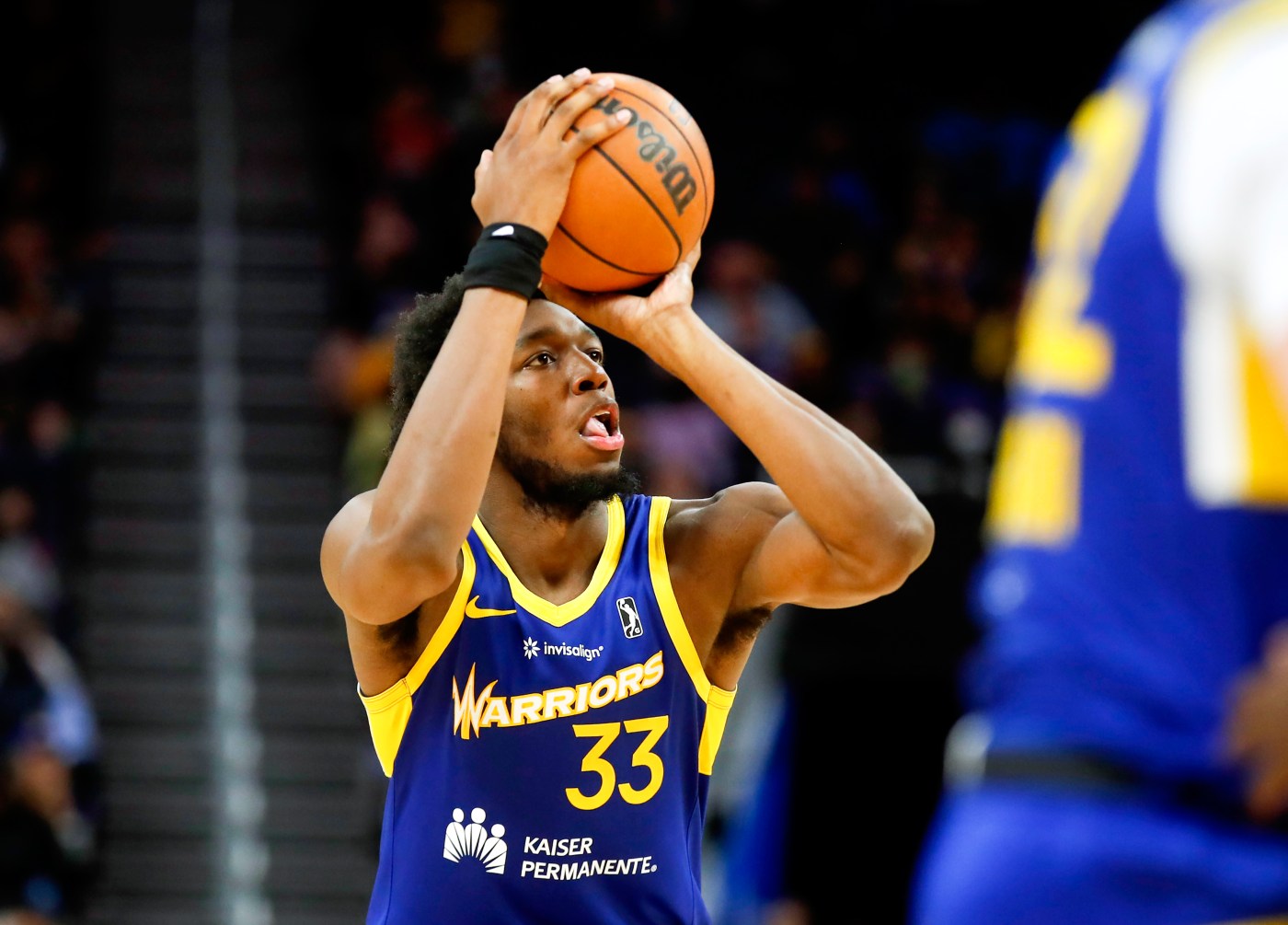 SANTA CRUZ, Calif. — James Wiseman was in a Sea Dubs uniform, like the one he was wearing Saturday night, eight months ago.

The main difference between then and now is that Wiseman was on an injury rehab stint in March. This time around is purely for developmental reasons.

A lottery pick of Wiseman’s stature in his third NBA season shouldn’t be in the G League. But this is where Wiseman needs to be.

The former No. 2 overall pick has logged less than 60 basketball games over the past three years. It wasn’t until this offseason that Wiseman played in his first Summer League, and this fall when he experienced his first full NBA training camp. Not to mention the team he played with in his rookie season is almost entirely different than the one the Warriors have now. (Klay Thompson missed the entire 2020-21 season and Draymond Green was in-and-out with injuries.)

It’s a far from ideal situation for a 21-year-old with sky-high aspirations as Wiseman, who was drafted to a franchise has perhaps even loftier expectations.

But right now, he needs exposure and reps – and a lot of ’em.

While it usually takes longer than to adjust to the speed and physicality of the NBA, it’s even more difficult to make the transition to the Warriors, who like to play small and run a read-and-react offense with several zippy guards running every which direction. Other lottery picks go to rebuilding teams that are prioritizing development over their overall record. But the Warriors are trying to do both — contend for championships and develop the next wave of players — and Wiseman is looking like he might be stuck in between two clashing goals.

The Warriors entered Sunday 7-9 and 11th in the Western Conference standings despite Stephen Curry playing at an MVP caliber. They can’t afford to have Wiseman on the court figuring it out in real time.

So, here he is — Golden State’s highest draft pick in 25 years — playing in the G League for the foreseeable future as he tries to improve every aspect of his game, from protecting the rim and defending without fouling to being able to screen, dive and play around the rim with force and ease.