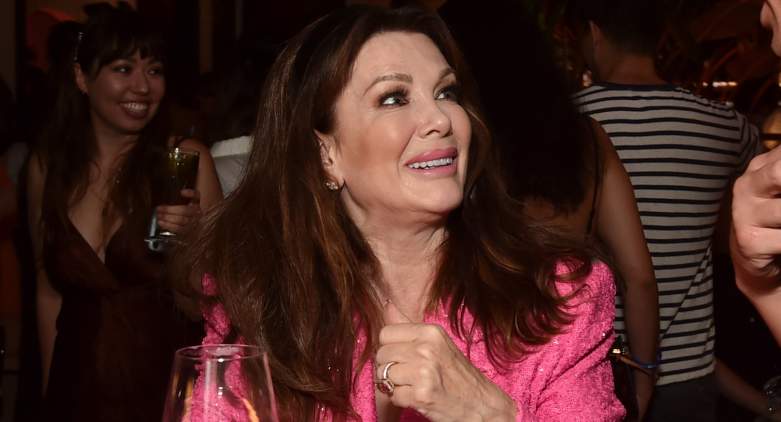 Lisa Vanderpump was an original cast member on “The Real Housewives of Beverly Hills.”  She famously exited the Bravo reality show in 2019 following the season-long “puppygate” scandal after skipping the season 9 reunion.

Since that time, fans have been hoping to see  Vanderpump make a return to the show.

According to ShowBiz CheatSheet, in 2022 there are renewed rumors that producers want Vanderpump to come back for the upcoming 13th season. But the RHOBH OG has been pretty clear that the Housewives ship has sailed for her.

Still, a recent tweet left some fans holding out hope that LVP’s had a change of tune.

In November 2022, Vanderpump responded to a fan who revealed that she dyed her hair pink in her honor.

“Well I finally done it …” the fan captioned a pic of her pink tresses. “In honour of possible return of @LisaVanderpump to  #rhbh…. I’ve turned pink.”

Vanderpump replied to the tweet with, “Oh I love that! The hair…”

The SUR owner’s response left fans in a frenzy, with some asking if her return to RHOBH has been confirmed.

“Well you haven’t denied the rumours yet Lisa Have you been asked back to the show?” one fan asked.

“You’re teasing us again! Can you say if you might come back to #RHOBH?” another asked Vanderpump.

Others told Vanderpump how much they miss her and how the show hasn’t been the same since she left. When another fan wrote, “Lisa please let it be true. We have been waiting for u queen,” she coyly replied, “I love the hair lol…”

Vanderpump previously told Entertainment Tonight that she would “never say never about anything” regarding the Housewives, but she has definitely leaned toward “no” when it comes to a return.

She once told the outlet, “With this cast? No, it’d be impossible. Unless they kind of cleaned house, then maybe.”

While it would be “impossible” for her to consider a return to the show with her former friends Kyle Richards, Lisa Rinna, and Dorit Kemsley still on it, Vanderpump has also acknowledged that ultimatums don’t work. Bravo …read more

Miss Manners: Mom insists on clinking 15 times for each toast

Dan Campbell Going All-in on Resilient 2022 Lions: ‘I Like our Odds’