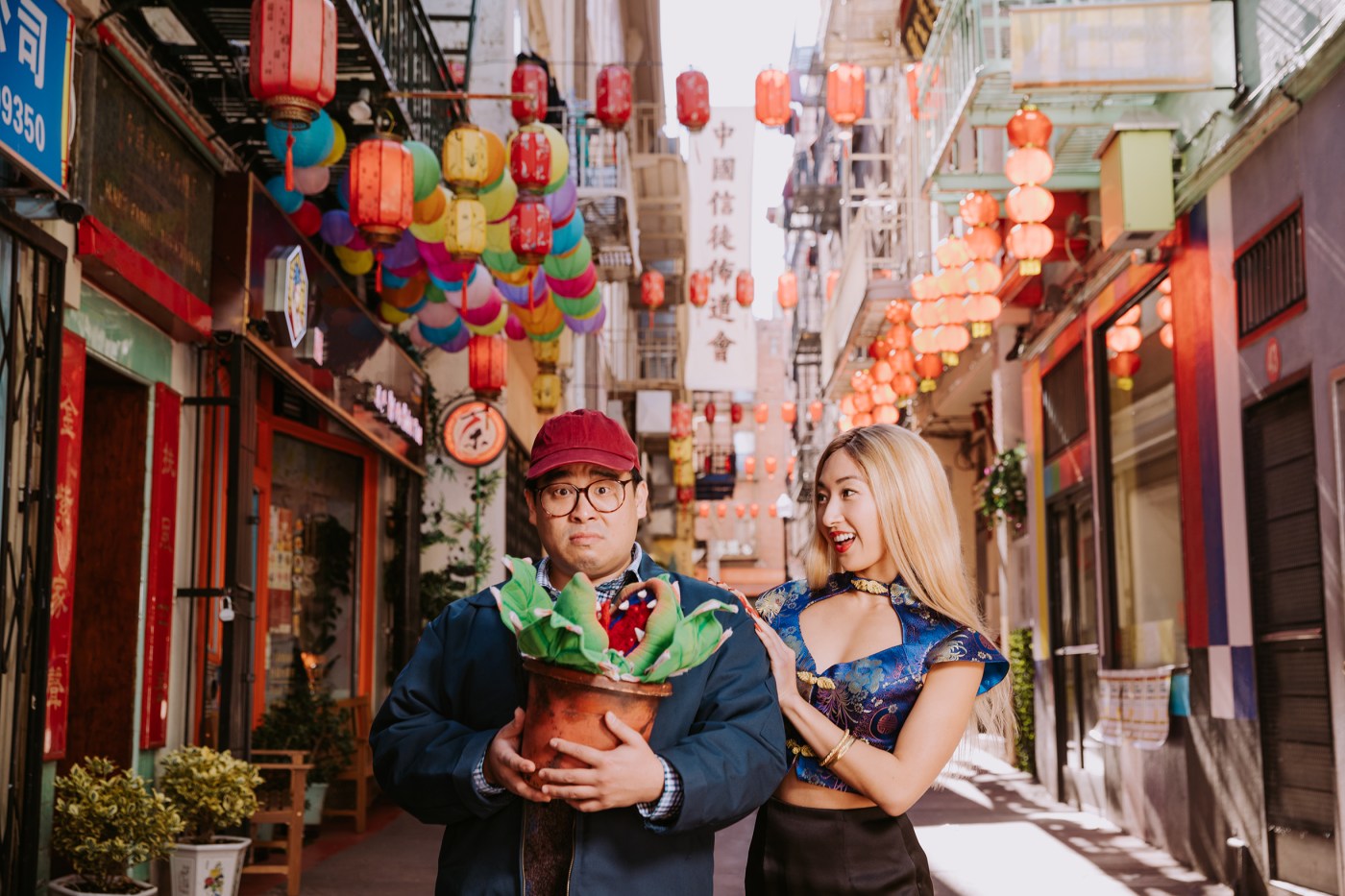 A few years ago, Jeffrey Lo crafted a potential vision for the first musical he saw live as a high school student.

TheatreWorks Silicon Valley, a place where Lo serves multiple roles as a staff member, is readying itself to display that vision through the musical “Little Shop of Horrors,” often set in the grimy and grizzled world of New York City’s Skid Row.

That original setting was burned into Lo’s mind when he saw it at Children’s Musical Theater San Jose in 2002. But when Lo’s pitch to set the show in a completely different locale was accepted by TheatreWorks, he and fellow Campbell resident, scenic designer Christopher Fitzer, leaned in hard toward reinvention. For them, it meant dropping the musical into San Francisco’s Chinatown, a place Fitzer feels is a great microcosm for one of the story’s big themes.

“Ultimately the show is a metaphor about capitalism and what happens when capitalist greed takes over the plant,” said Fitzer. “That’s kind of what you see happening with San Francisco that feels really honest and authentic.”

The musical follows dopey floral assistant Seymour Krelborn (Phil Wong), who comes into the ownership of a strange and interesting plant, which he names “Audrey II” after his secret crush Audrey (Sumi Yu). Audrey II doesn’t get its nutrients from plant food but something more sinister: human blood. As the plant gets bigger and hungrier, making Seymour more famous with each new human disappearance, he must decide how far he will go to maintain his newfound fame.

“Little Shop,” loosely based on Roger Corman’s 1960 cult classic horror comedy film, premiered off-off Broadway in 1982. The musical is an early work of Howard Ashman and Alan Menken, the team that went on to compose both “The Little Mermaid” and “Beauty and the Beast” a few years later. Both are considered landmark films that ushered in a new era of Disney feature animation, but “Little Shop” has become iconic in the annals of the American musical, often topping lists of most-produced shows at every level of theater.

With its bouncy, cheery score that reveals something darker about societal greed, both Lo and Fitzer saw a golden opportunity to maintain all that is beloved about the allegorical tale of the dangers of capitalism while sprucing it up with regional fare.

Pence, who was the target of Capitol insurrectionists on Jan. 6, skirts questions on whether Trump is fit to serve again in 2024

Trump exec says he feared firing if he pointed out scheme