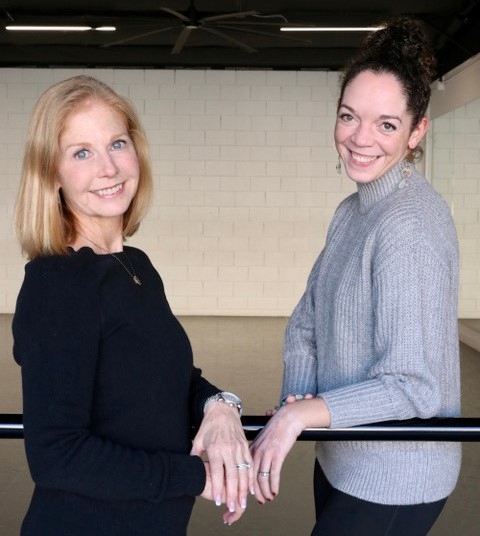 Los Gatos Ballet’s 20th anniversary was marked by the passing of the artistic director baton from company founder Marcie Ryken to Kristin D’Addario.

Appointed by Ryken earlier this year, D’Addario knew ballet was her calling, and at age 16, the  Orange County native moved to New York to further her training. She danced with the Miami City Ballet, where she met her fiancé, professional dancer Peter Doll, who teaches with her at Los Gatos Ballet.

Mutual friends in the dance world turned the couple on to the opportunity to work in Los Gatos, and they hit it off with Ryken and moved here in 2017. D’Addario had been serving as assistant artistic director until her promotion.

“Marcie is such a great mentor, and she has built such a tremendous organization,” says D’Addario. “ I love her vision for the school and company. She has a holistic approach to getting people to move their bodies, whether they are adults or youth. She makes them want to move and move forward.”

For D’Addario, choreography is her fuel and living in Los Gatos, which she describes as “an arts-loving town,” has inspired her to tap all its creative energies and elements. “Los Gatos is small; it’s certainly not NYC, which is an arts mecca, and yet the arts are valued so much here,” she says. “What’s awesome about Los Gatos is the connection to and support of the arts. Our parents are so supportive of arts education and see the value of what it has to offer.”

“It’s never too late, really,” she says.  “There are so many large organizations and so many smaller companies that offer access to performance art. It’s about the commitment level of the individual. We want to encourage youth, and we want them to succeed.”

Her biggest passion is choreography, be it hers or her students’.

“I absolutely love watching my students in a place of creativity,” D’Addario says. “We have a program that brings in other community performing artists, and students create one-on-one with each other.  It’s great to see them have an opportunity to lead and share the visions in their hearts, and put them into dance.”

She’s particularly excited about being part of  the 20th anniversary performance of “The Nutcracker” This holiday season.

“’The Nutcracker’ has been part of my life for 30 years as a dancer,” D’Addario says. “When I was a …read more

Trump said Kanye West is a ‘seriously troubled man, who happens to be Black,’ and defends controversial Mar-a-Lago dinner