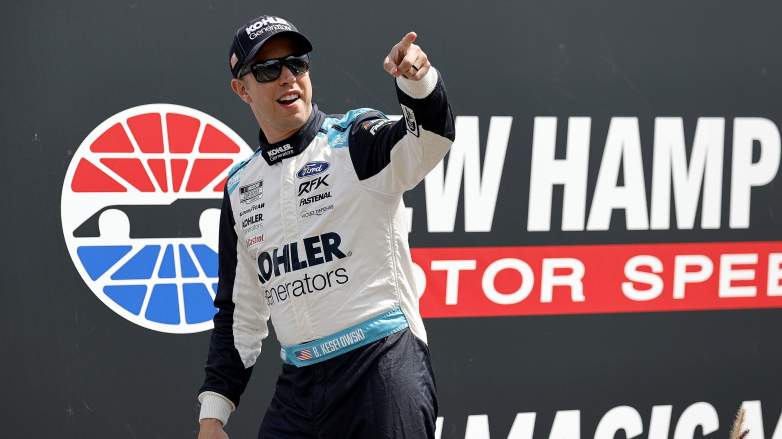 RFK Racing captured one win during the 2022 Cup Series season, the first with Brad Keselowski as a driver-owner. Now the team is ready to evolve and pursue better finishes.

Adjusting to the Next Gen cars was not a simple matter for the Cup Series teams, especially RFK Racing. The two-car organization had some inconsistent performances early, as well as an L2-Level penalty issued to Keselowski’s No. 6 team. However, RFK Racing made strides throughout the 2022 season as both Chris Buescher and Keselowski secured multiple top-10 finishes and topped numbers from previous seasons.

“I would like to say that we have a hold on this car and we got it all figured out and it’s gonna be much easier next year, but I’m not sure that would be truthful,” Chris Buescher said after the season, per NASCAR Media.

“We have ideas. We have baselines to start, but we are constantly learning. We’re constantly evolving even more. And I think that’s what we’re going to be looking at through the offseason, right, is how do we take our best days and figure out how to make that our every day.”

Both Drivers Finished Outside the Top-20 in Points

Buescher turned in a career season with 10 top-10 finishes, three top-fives, and his second career win. However, he finished 21st in points as his average finish dropped from 17.3 in 2021 to 17.9 in 2022. Meanwhile, other drivers such as Bubba Wallace and Justin Haley turned in career seasons of their own.

Keselowski, for comparison, ended the year 24th in points with only six top-10 finishes and one top-five. He also went winless for the first time since 2010, his rookie year with Team Penske.

The statistics don’t tell the full story. Keselowski lost 100 driver points after an L2-Level penalty early in the 2022 Cup Series season. NASCAR officials also disqualified him after a race at Martinsville Speedway due to the No. 6 failing to meet minimum weight requirements and took away a fourth-place finish.

The 2022 season was a learning experience for Keselowski as he took on his new role as a Cup Series driver-owner. Though he had previous ownership experience in the Camping World Truck Series, which resulted in 11 wins. The first year was not easy, something that Keselowski acknowledged at times, but he now …read more