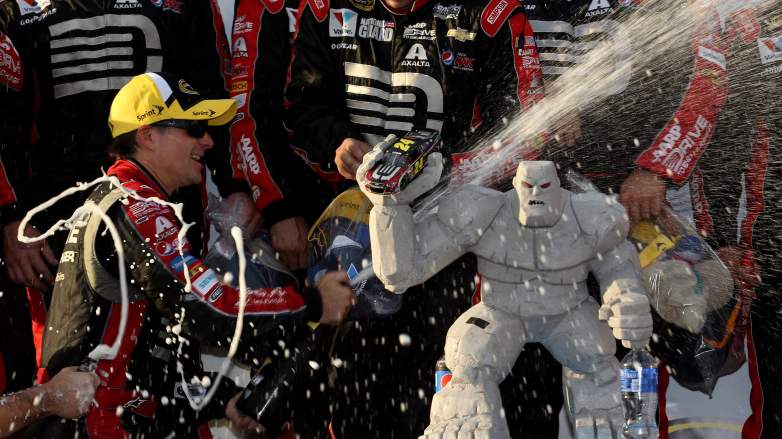 The NASCAR Cup Series is certainly changing as the teams adjust to the Next Gen cars and young drivers continue to make major strides. This trend creates questions about whether there will be any dominant drivers like in years past when Kevin Harvick won nine times (2020) or when Martin Truex Jr. won eight times (2017).

It’s more likely that the 2023 season will play out like 2022 when a variety of drivers reached Victory Lane. Having 19 different winners again will be difficult due to the teams making strides with their notes and setups, but there could still be 15 like in 2012.

That being said, if there was a dominant driver, it would make sense if they came from HMS. The organization has seen five different seasons with at least 10 wins from one driver. Jeff Gordon was first with 10 trips to Victory Lane in 1996. He then added 10 more wins in 1997 and 13 in 1998.

The 2023 season will provide Rick Hendrick with a big opportunity. His four-car organization can become the first in NASCAR history to reach 300 Cup Series wins.

Hendrick’s first season as a Cup Series owner was in 1984 when Geoffrey Bodine started 30 races and won three times. His organization has since expanded to four cars and celebrated another 288 Cup Series wins, which took HMS to 291 total. Now the four drivers will set out to add even more in 2023 while moving closer to 300.

HMS already holds the record for the most Cup Series wins in NASCAR history. Petty Enterprises previously had the record with 268 wins between 1949 and 2008, but Chase Elliott helped HMS tie the mark with his 2021 win at Circuit of the Americas. Kyle Larson then broke the tie with his win in the 2021 Coca-Cola 600.

The Historic Mark Remains Within Reach

Will Hendrick’s four drivers combine to win nine races in 2023 and take the organization to 300 in total? There is no clear answer, but it would seem likely based on how the drivers performed during the first year of the Next Gen era.

While the Hendrick Motorsports drivers combined to win 17 races in 2021, they achieved less success after the Cup Series moved to the Next Gen cars. However, they still tallied 11 total wins while putting all four drivers in the playoffs.

Elliott led the group with five wins and the regular-season championship. He reached the final four and kept HMS in contention for its third consecutive Cup Series championship. However, he spun off the nose of Ross Chastain’s No. 1 on a restart in the final stage and ended the race multiple laps down.

Larson had the second-most wins. He captured two regular-season races to reach the playoffs, and he set himself up to potentially defend his title. He did not get this opportunity after hitting the wall at the Charlotte Roval and falling five laps down. Though Larson put the No. 5 in the owners’ championship after winning his third race of the season at Homestead-Miami Speedway.

William Byron was third with his two trips to Victory Lane. He captured the first race at the reconfigured Atlanta Motor Speedway and then added a grandfather clock to his collection during the spring race at Martinsville Speedway. He finished sixth in …read more

Ask Amy: How do I tell him I can’t live in his squalor?