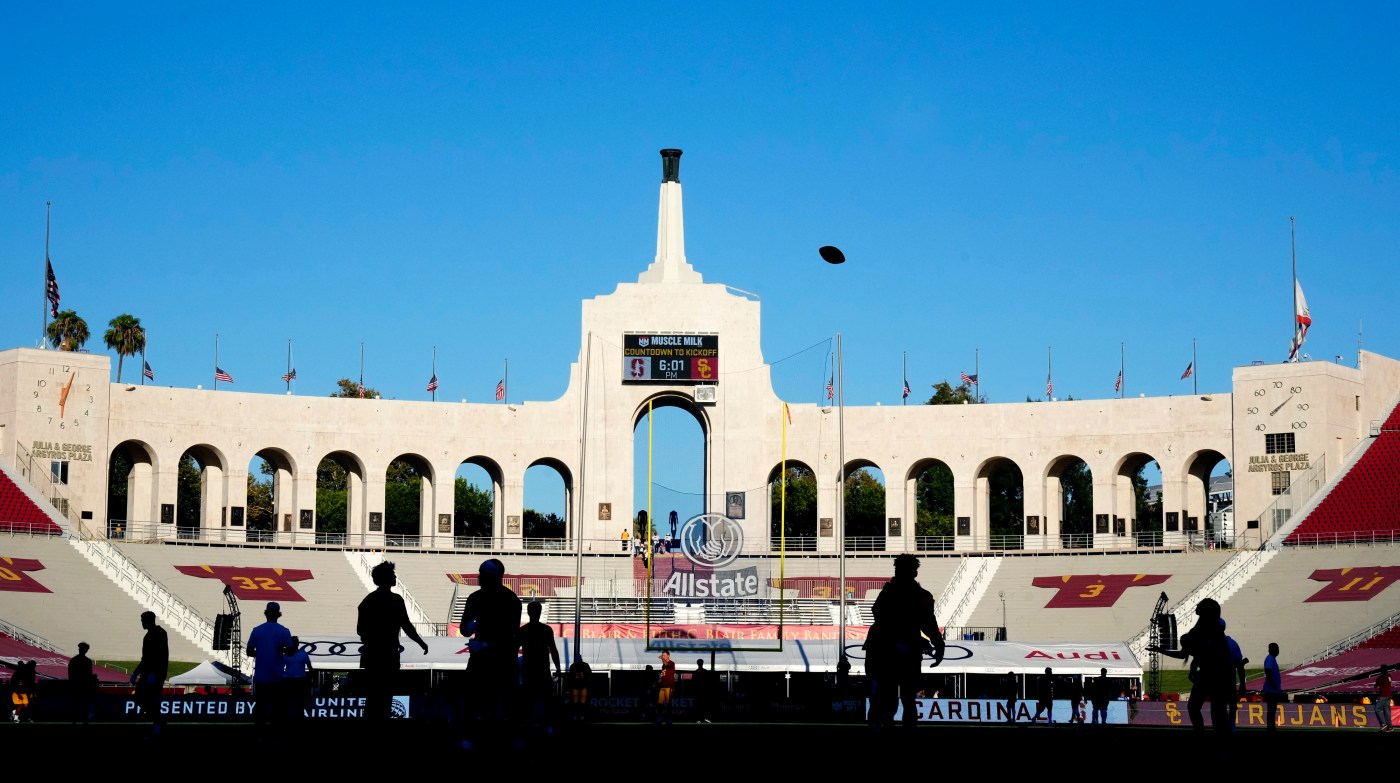 Instant reaction to Pac-12 developments on the field …

In the primetime showdown, USC outlasted UCLA 48-45, thanks to a Heisman Trophy-level performance by quarterback Caleb Williams.

In the nightcap, Oregon held off Utah 20-17 as quarterback Bo Nix played through an injury to generate just enough offense.

All in all, the doubleheader perfectly reflected the Pac-12 season thus far.

It has more teams in the College Football Playoff rankings (six) than any other — that should hold through next week’s rankings — and an impressive array of riveting conference matchups:

It has been years since the conference produced so many taut, high-level games — or had so many quality teams.

That comes at a price, of course: The bottom feeders have been bludgeoned repeatedly and were effectively eliminated from bowl contention weeks ago.

But it’s a fair trade, in our view. The Pac-12 desperately needed to reclaim national respect, which could only be accomplished with heavyweight teams.

This was the ideal year for parity to disappear.

USC clinched a berth in the Pac-12 championship game in Las Vegas while eliminating UCLA from the race.

— Oregon clinches a berth with a victory over Oregon State or a loss to the Beavers and a Washington loss to WSU.

— Washington has a chance to reach Las Vegas, as well, but it’s tricky. In addition to winning the Apple Cup, the Huskies need Oregon to lose to OSU and UCLA to lose to Cal. (There’s another path for UW, but it involves Colorado beating Utah, which isn’t happening.)

— Utah would reach the title game with a win over Colorado and victories by Washington, UCLA and OSU. That set of  results would create a three-team tie with UW and Oregon and trigger the fourth tiebreaker, which involves the combined winning percentage in conference games of conference opponents.

In that scenario, the Utes would have the edge.

The Trojans (10-1) are the Pac-12’s only remaining playoff contender, and they took a giant step Saturday toward breaking the conference’s …read more

A 12,000 lb. metal sculpture of Elon Musk’s head on a goat body riding a rocket parked outside Tesla HQ failed to elicit a response from the billionaire