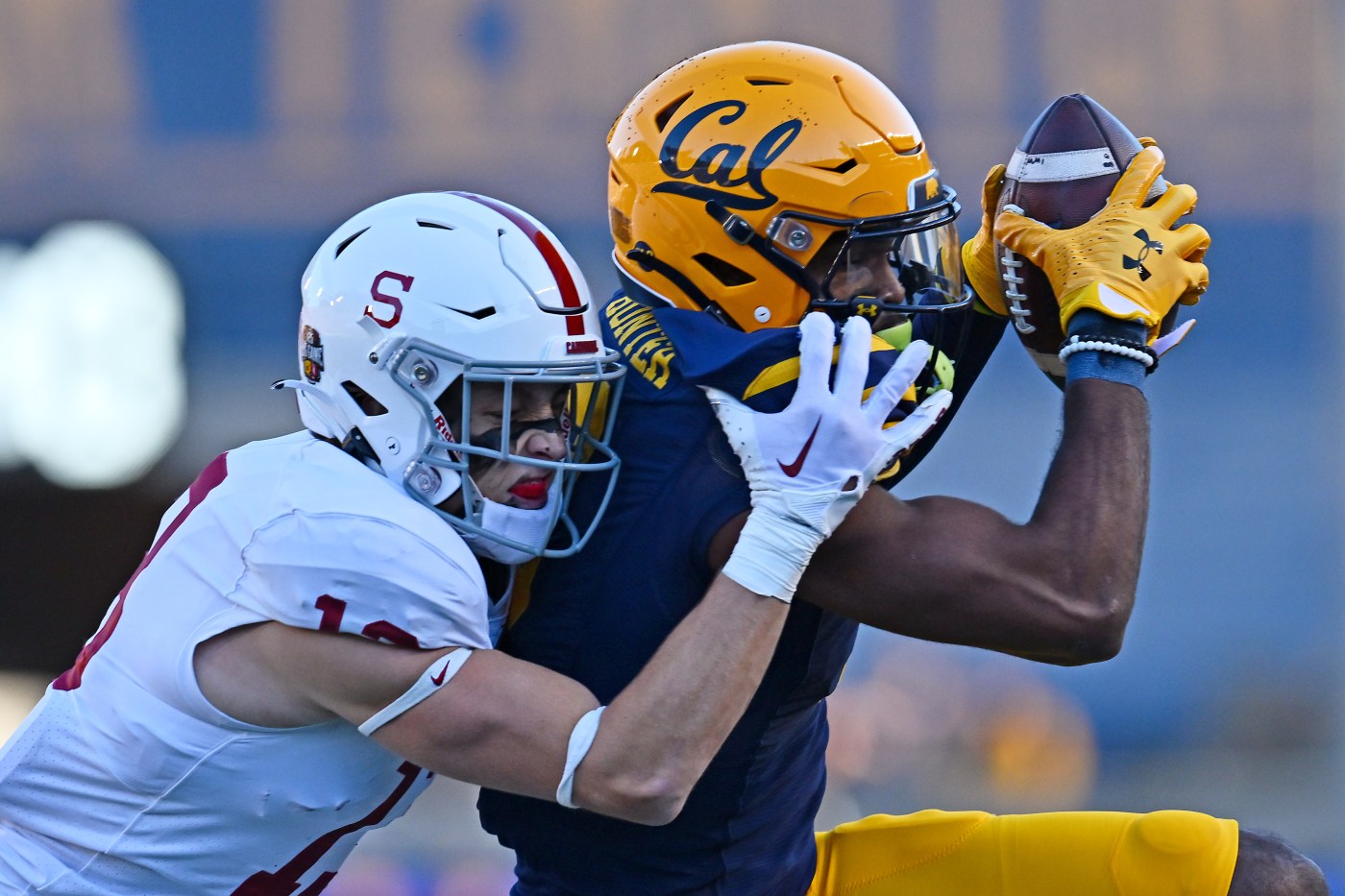 BERKELEY – Forty years after Stanford lost to Cal on “The Play,” it lost on “The Fumble.”

A fumble by Cardinal option QB Ashton Daniels was picked up by Cal, fumbled and then ultimately returned 37 yards for a touchdown by Jackson Sirmon. The Bears scored another TD in the final minute to win the 125th Big Game 27-20 and retain The Axe for a second straight season.

Stanford had won six straight at Memorial Stadium, including the 2020 game when the Cardinal blocked an extra point in the final minute to win by 1.

The Cardinal (3-8, 1-8) was ahead 17-6 entering the fourth quarter on Saturday, but like almost everything else this season, it ended poorly.

Why Stanford and South Carolina’s No. 1-vs-No. 2 showdown is so significant — even if it’s not so rare

The Play: An excerpt from the book ‘Five Laterals and a Trombone’ recounting the wildest finish in college football history

Stanford had only scored five touchdowns in its previous five games, but it reached the end zone on the opening possession Saturday. Daniels ran 43 yards on a keeper, running back Mitch Leigber had a one-handed catch to the 1 and then Leigber ran for a 1-yard score.

That would be the only TD of the first half. Junior safety Alaka’i Gilman had a diving interception late in the second quarter, the first pick of his career, and the Cardinal led 10-6 at halftime.

Elijah Higgins, whose brother Kaleb is a cornerback for the Bears, broke three tackles on a 9-yard TD catch to put Stanford up 17-6 midway through …read more

53 subscription box gift ideas for every interest and hobby