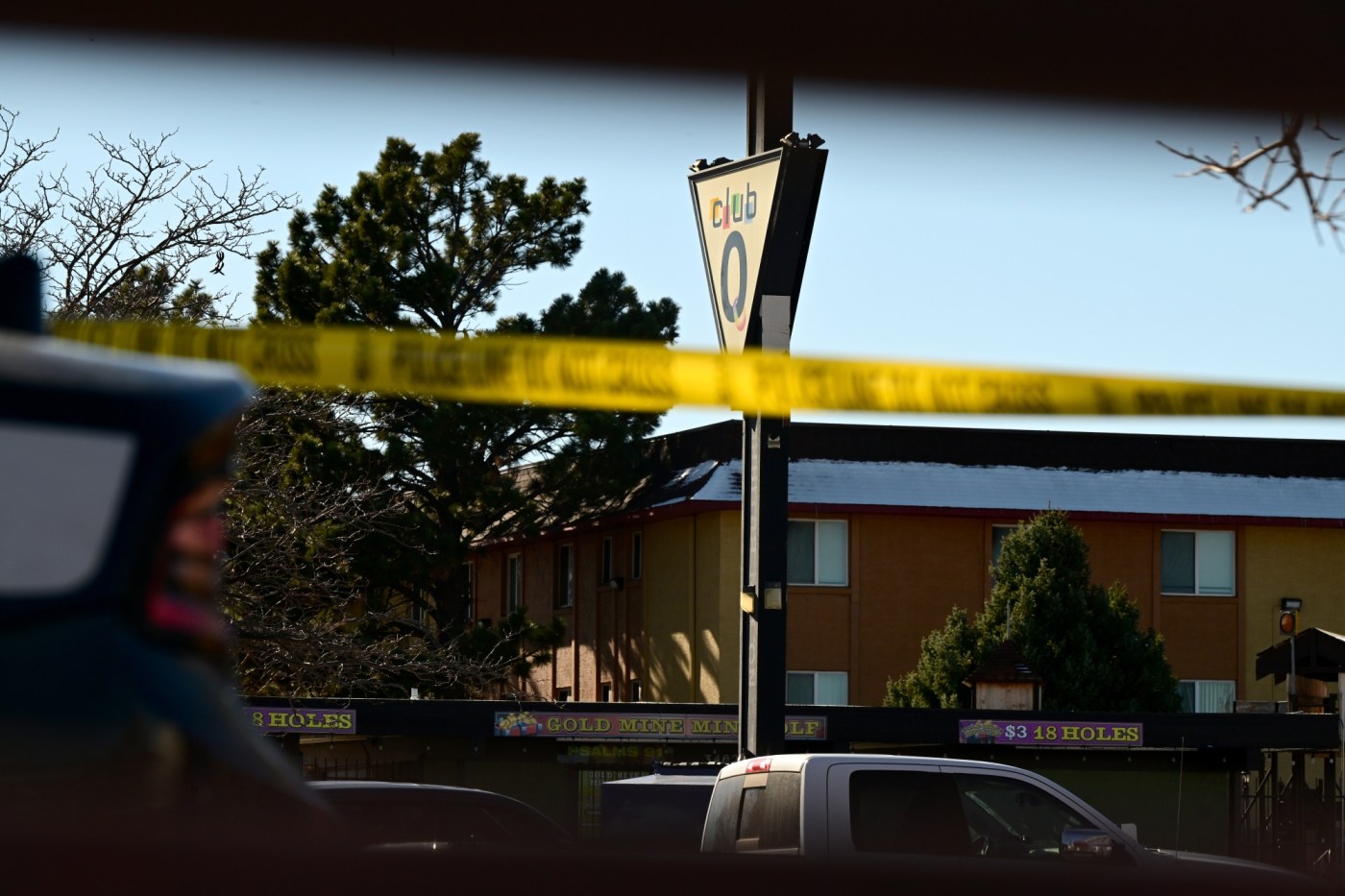 An attacker opened fire in a gay nightclub in Colorado Springs late Saturday, killing five people and wounding at least 25, officials said. The club said the suspect was subdued by patrons, and Colorado Springs police said he was taken into custody and hospitalized for treatment of his injuries.

RELATED: Here’s where you can donate to Club Q victims, their families and survivors

Here’s what we know about the suspect:

Who is Anderson Lee Aldrich?

Does Aldrich have a criminal history?

Law enforcement officials said Aldrich’s “interactions with law enforcement” are part of the broader investigation, and they would not say if he’d previously been contacted by police. A man with the same name and matching age was arrested in June 2021 for threatening his mother with “a homemade bomb, multiple weapons and ammunition,” according to media reports at the time. That man was arrested after a brief standoff.

Howard Black, spokesman for the 4th Judicial District Attorney’s Office, would not confirm Sunday morning that Aldrich was the same man arrested in June 2021. Black said the June 2021 incident “is all part of the investigation and will be released as appropriate.”

The June 2021 incident played out at Leslie Bowman’s home in the Lorson Ranch neighborhood on the outskirts of Colorado Springs. Bowman rented a room at her house to Aldrich’s mother for about 15 months leading up to the alleged bomb threat. Andy, as Bowman knew Aldrich, would visit his mom at the house, usually spending time watching movies in her room. He wasn’t talkative, which Bowman thought was fairly typical of young men of that age.

There was one episode where Aldrich was aggressive toward her, Bowman said. His mother had been complaining about the toilet in her bathroom not working, but it was late and Bowman wanted to address it the next day. Aldrich lashed out.

“He kind of got in my face and said ‘Get out’ and slammed the door in my face,” Bowman recalled. “I just chalked it up to young male aggression. It was late and everyone was grumpy. There were no incidents after that.”