When the Perseverance rover touched down on Mars on Feb. 18, NASA controllers had only the data-stream coming back from the spacecraft to confirm that the hair-raising descent was going as planned. It was only when they got the “weight on wheels” signal—the confirmation that the rover was on the ground and supporting itself—that they knew the landing was a success.

Now, just four days later, NASA has released footage of the landing captured by multiple cameras on both the spacecraft itself and the “sky crane” descent stage that lowered the rover the last 21 meters (70 ft.) to the ground. A spectacular landing now seems all the more so. 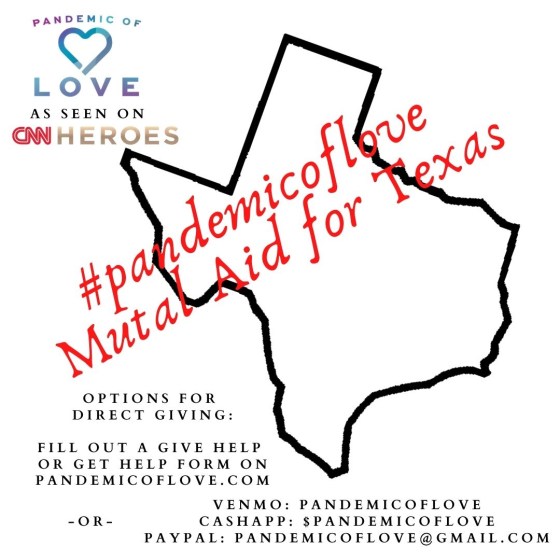 Well hello! I’m so glad you’re here. If you’re having trouble viewing this in email, see the TIME.com version here.

Perseverance, Awe, and Why We Need Wonder

Here’s a secret: I am a recovering cynic with recurring pessimistic tendencies. It’s hereditary. On a sunny day, my Irish grandfather would look out the window and say: “We’ll pay for this.” And I won’t even get into the generations of head-spinning drama on the Russian side.

Lately, for all the obvious reasons, it’s been way too easy to fall into compulsive fretting.

But last Thursday, I turned on the news expecting the usual terribleness, and there was the new Mars Rover, a car-sized cosmic miracle of engineering and optimism. And just seeing it, I felt a shocking little flutter of awe and untrammeled joy.

Researchers who study awe (and yes, they do, more on that below) describe it as an emotion that arises when “one encounters something so strikingly vast that it provokes a need to update one’s mental schemas.”

And my mental schemas definitely need updating. I could barely process this display of national functionality. The more I learned, the more awe I felt. I mean, hold on, while we were going about our lives over the last ten years, a legion of brilliant NASA scientists created an unbelievably sophisticated research vehicle, basically, a robotic geologist and astrobiologist designed to search for evidence of past life on Mars.

Those engineers started work on this Mars Rover three presidents, two economic collapses, many million-person marches, four annoying new social media platforms, and at least 2,000 streaming services ago. Then, last summer, while we were all overwhelmed with multiple crises, NASA took this magic vehicle, named it Perseverance, put it on a rocket, and sent it nearly 300 million miles across the galaxy to Mars. And after six-and-a-half months, Perseverance arrived at the edge of the thin Martian atmosphere traveling at 12,100 miles per hour.

And on February 18th, we turned our weary, jaded eyes to the sky, or rather, to a NASA live stream to witness the impossible, all-or-nothing choreography of a Mars Rover landing.

An infinite number of things could have gone wrong out there, but they …read more 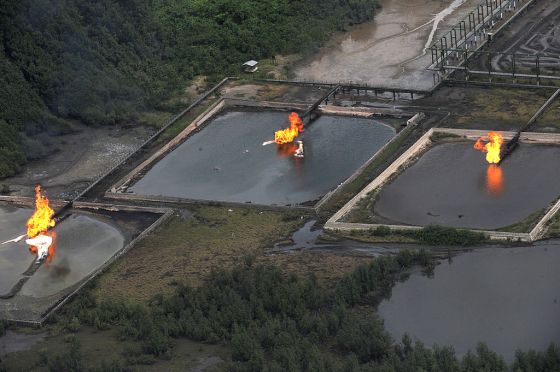 When a Nigerian judge ruled in 2005 that Shell’s practice of gas flaring in the Niger Delta was a violation of citizens’ constitutional rights to life and dignity, Nnummo Bassey, a local environmental activist, was thrilled.

Bassey’s organization, Friends of the Earth, had helped communities in the Niger Delta sue Shell for gas flaring, a highly polluting practice that caused mass disruption to communities in the region, polluting water and crops. Researchers had found that those disruptions were associated with increased rates of cancer, blood disorders, skin diseases, acid rain, and birth defects—leading to a life expectancy of 41 in the region, 13 years fewer than the national average.

“For the first time, a court of competence has boldly declared that Shell, Chevron and the other oil corporations have been engaged in illegal activities here for decades,” Bassey said on Nov. 14, 2005, the day the Federal High Court of Nigeria announced the ruling. “We expect this judgement to be respected and that for once the oil corporations will accept the truth and bring their sinful flaring activities to a halt.”

Yet the judgement was not respected. A United Nations report published six years later found that Shell had not followed its own procedures regarding the maintenance of oilfield infrastructure. Today, Shell is still gas flaring in the Niger Delta.

In the 15 years since the ruling, Bassey has come to believe that Shell’s executives might have been held accountable had the case gone to the International Criminal Court (ICC). “Shell could ignore [the case] because it wasn’t in the international media but if it had gone to the ICC, it would have gotten global attention and shareholders would have known what the company was doing,” he says. “If we had had an ecocide law, things would have turned out differently.”

The word “ecocide” is an umbrella term for all forms of environmental destruction from deforestation to greenhouse gas emissions. Since the 1970s, environmental advocates have championed the idea of creating an international ecocide law that would be adjudicated in the ICC and would penalize individuals responsible for environmental destruction. But the effort has gained significant traction over the past year, with leaders from Vanuatu, the Maldives, France, Belgium, the Netherlands—as well as influential global figures like Pope Francis and Greta Thunberg—expressing their support. Although there are questions about whether the …read more

There was plenty of reason to celebrate when the Perseverance rover successfully touched down in Mars’s Jezero Crater this afternoon. But in some ways, the rover showed up too late—3.5 billion years too late, in fact.

Long ago, in an earlier epoch, as studies of Mars have shown, Jezero Crater was Jezero Lake, a 45 km (28 mi.) depression in the northern Martian hemisphere, fed with water via a channel that cut through the crater rim and spread into the lake in a graceful delta. There was atmosphere and there was warmth and there was ample water—and, all that being present, there may have been life.

Not long after, however, Mars lost its magnetic field and thus 99% of its atmosphere and nearly all of its water, transforming the planet into the frigid desert it is today. But if that early life was ever present, it could still be there today—in the form of fossilized remains and organic material in the ancient silt of the desiccated lake. It’s for that reason that NASA selected Jezero for its most ambitious Mars exploration mission to date—and for that reason that agency officials sounded so celebratory today.

“The team is beside itself,” exulted NASA systems engineer Rob Manning, from Mission Control at the Jet Propulsion Laboratory in Pasadena, on NASA TV, post-landing. “It’s so surreal.”

Part of that enthusiasm was a function of relief. The nearly seven-month journey the spacecraft took to reach Mars was a gentle coast compared to the final, frenzied seven minutes of atmospheric entry and descent it had to execute in order to stick its landing. The one-ton rover, about the size of a compact car and protected by a heat shield, slammed into Mars’s atmosphere at a speed of 19,500 kph (12,100 mph). Within one minute, the friction caused by that atmosphere caused the temperature on the heat shield to rise to 1,300ºC (2,370ºF). All that resistance, however, acted as a powerful brake, and three minutes after peak heating, the speed of the ship was reduced to 1,609 kph, slow enough for the heat shield to be jettisoned and a parachute to deploy. Two minutes later, when the spacecraft was 2 km above the ground, the parachute separated and Perseverance went into a brief free-fall—and here, some imaginative engineering took over.