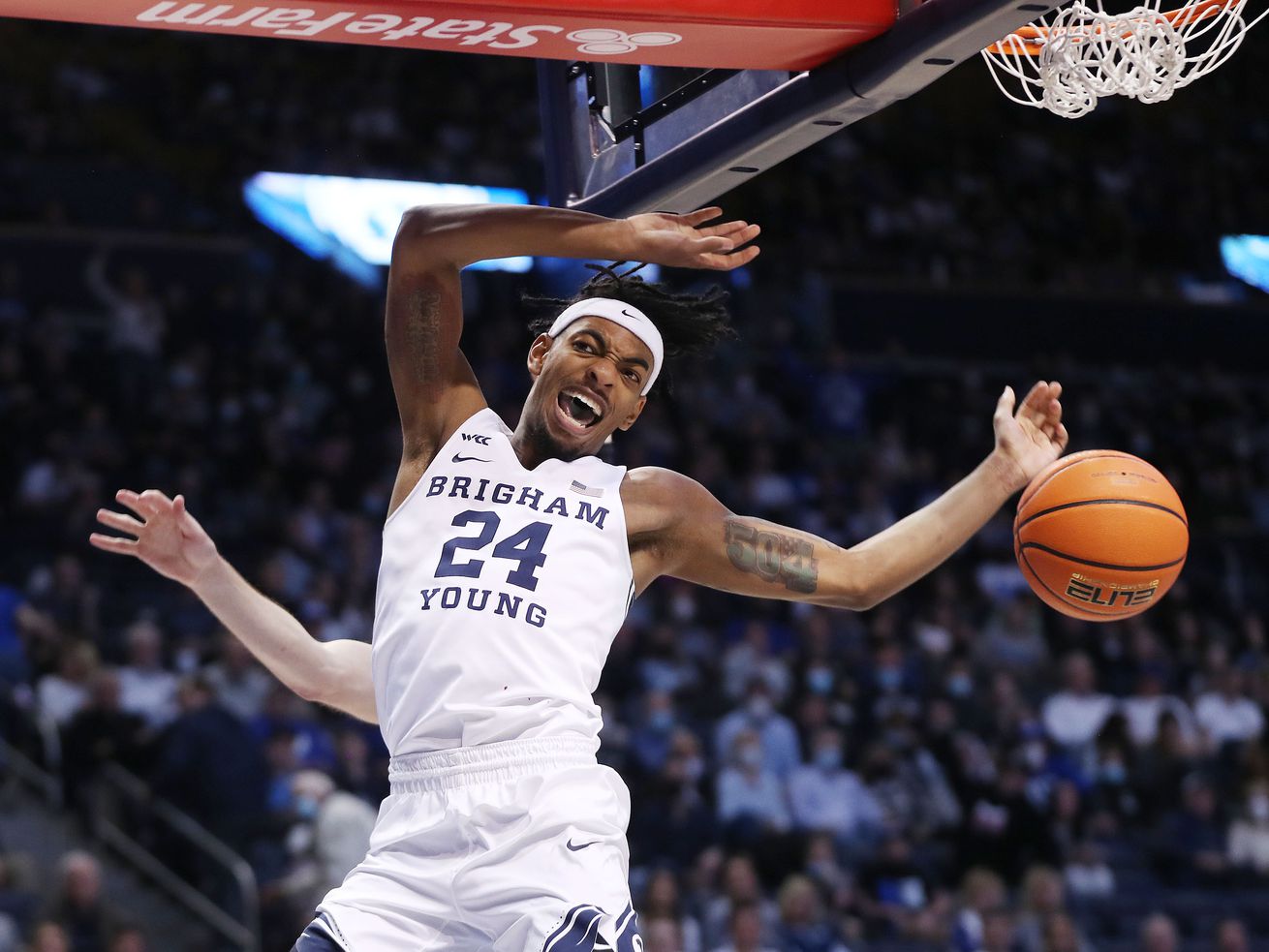 Here are three keys to the Cougars’ win:

After falling behind by as many as seven in the first half, BYU closed out the first half strong with an 8-0 run, including back-to-back 3-pointers by Seneca Knight to go up 39-34 at halftime.
Knight was one of four Cougars to score in double figures. Knight finished with 14 points; Te’Jon Lucas had 16 to go along with seven assists; Fousseyni Traore recorded another double double with 14 points and 10 assists; and Caleb Lohner added 13 points, including a monster dunk midway through the second half.
BYU outscored Portland 32-16 in the paint and the Pilots, who entered the night as the nation’s top free throw shooting team, made just 9 of 18 from the charity stripe. 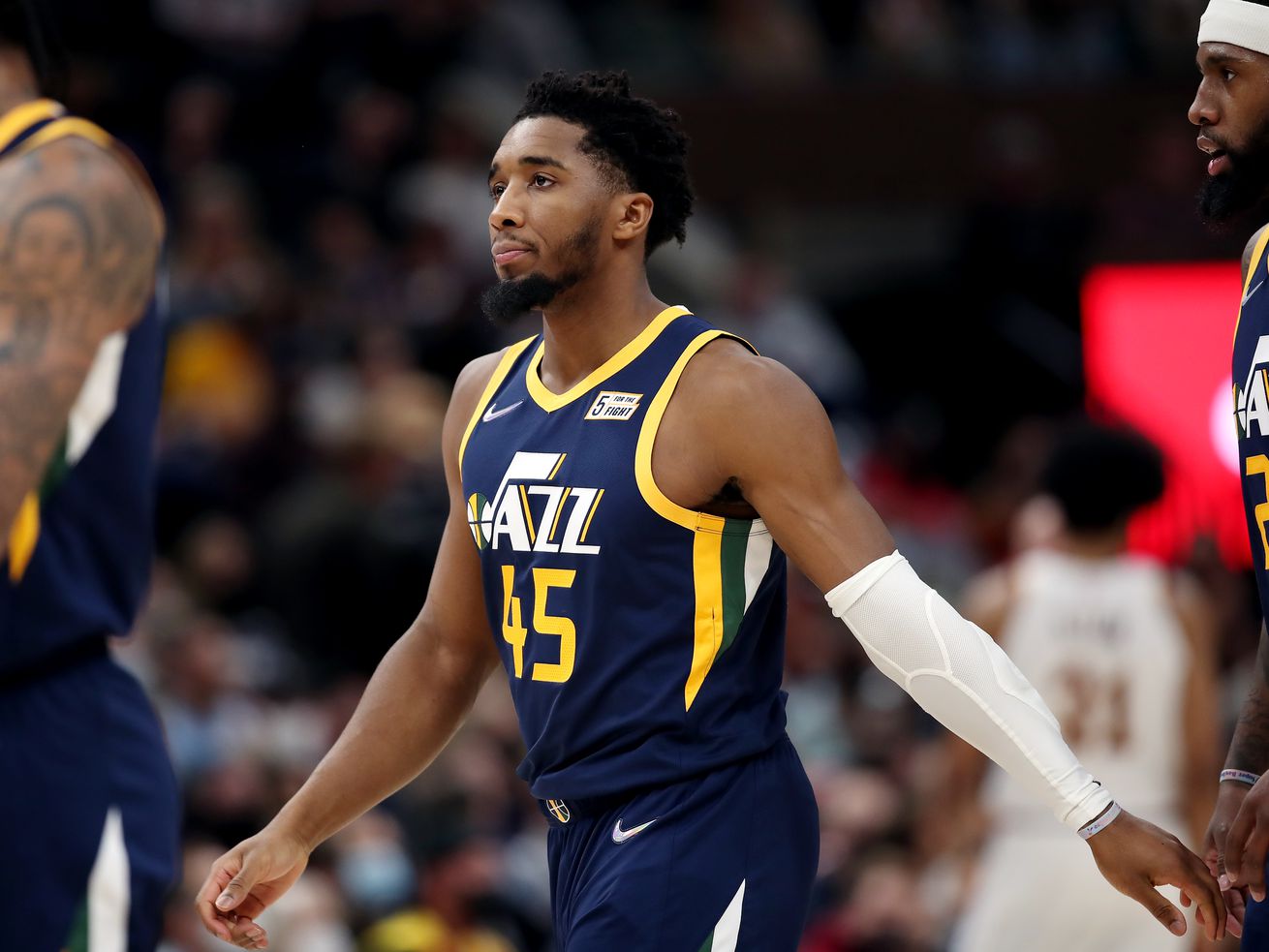 Utah Jazz guard Donovan Mitchell (45) shows frustration as he walks to the bench after losing the ball and committing a foul as the Utah Jazz and the Cleveland Cavaliers play an NBA basketball game at Vivint Arena in Salt Lake City on Wednesday, Jan. 12, 2022. Cavs won 111-91. | Scott G Winterton, Deseret News

The All-Star guard will miss a third straight game with a concussion.

SAN FRANCISCO — The Utah Jazz have been without Donovan Mitchell for the last two games, and they’ll be without him when they return to the court on Sunday.

Mitchell suffered a concussion against the Los Angeles Lakers on Monday and has been in the NBA’s concussion protocol since then.

The Jazz told reporters that Mitchell did not travel to San Francisco with the Jazz on Saturday, that he remains in the concussion protocol and thus that he will not play against the Golden State Warriors on Sunday.

Hassan Whiteside, who has missed five games after testing positive for COVID-19, has cleared the NBA’s health and safety protocol but is listed as questionable to play on Sunday as he returns to game-ready condition. 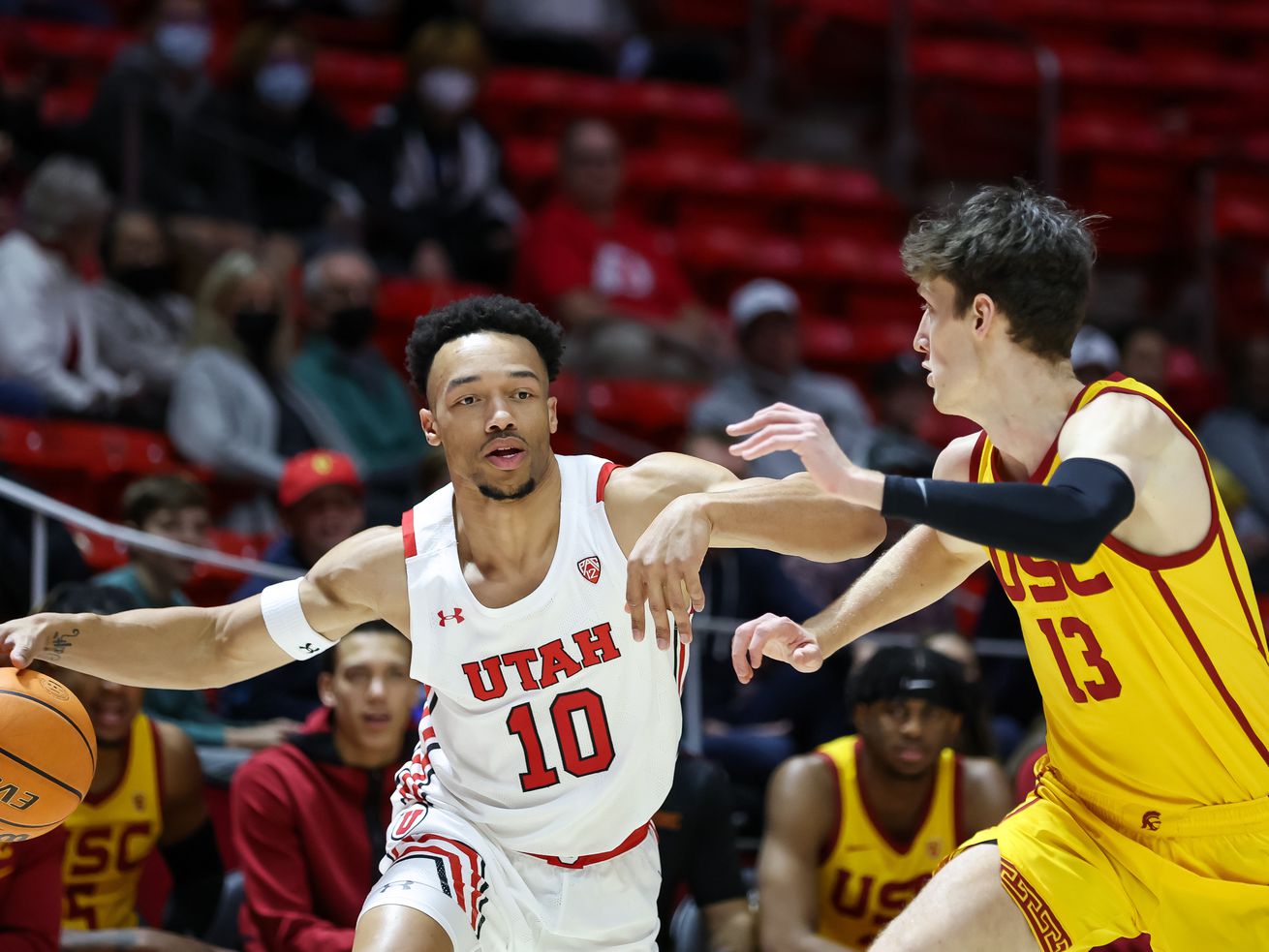 The University of Utah’s men’s basketball team lost its eighth-straight Pac-12 game on Saturday night, falling 79-67 to No. 16-ranked USC at the Huntsman Center.

Here are 3 keys to the Trojans’ win, after having defeated Utah 93-73 in Los Angeles on December 1.

• Drew Peterson went 5 for 5 from 3-point range and scored 23 points, and the Trojans used a considerable height advantage to outscore the Branden Carlson-less Utes 40-20 in the paint in a mountain road trip sweep, having edged Colorado on Thursday.

• Gabe Madsen scored 11 of his career-high 20 points on some difficult shooting in the first half and the Utes closed the half well to trail by just 35-30 at the break. Marco Anthony’s free throws cut USC’s lead to three early in the second half, but a 21-6 USC run dashed Utah’s upset hopes.

• Utah took care of the ball reasonably well — just five turnovers through the first 30 minutes — and got another nice lift from its bench, but USC’s size proved to be too much. The Trojans won the rebounding battle, 42-31. 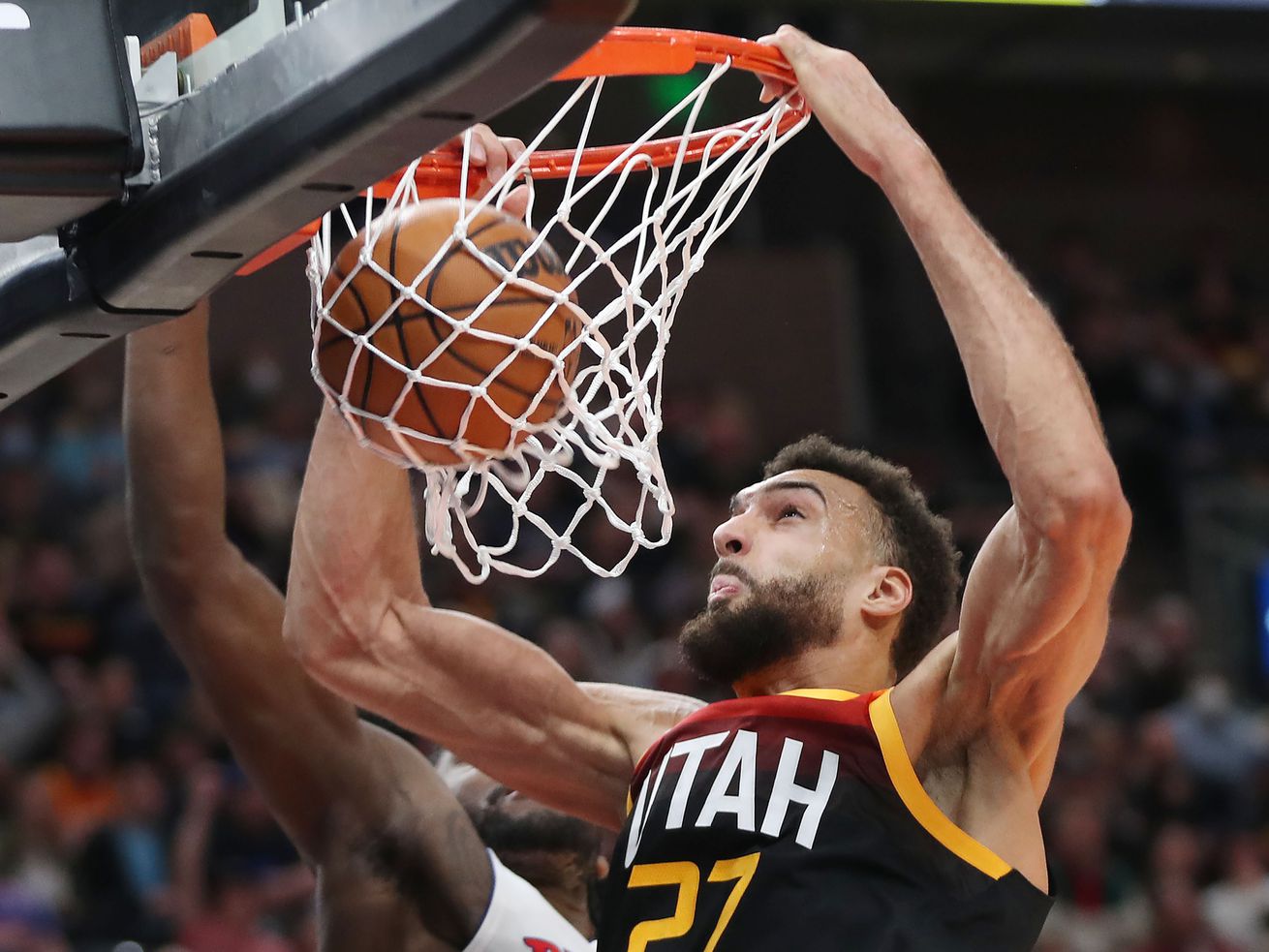 The Jazz have been going through a rough patch, but the schedule is unforgiving and about to get even tougher

SAN FRANCISCO — The Utah Jazz came away with a win on Friday night at Vivint Arena, and even though it was a win over the Detroit Pistons — the team with the second-worst record in the NBA — the Jazz needed it.

Over the last two weeks, the Jazz have lost six of the eight games they’ve played. They’ve dealt with injuries and players in and out of the league’s COVID-19 protocol, and they’ve also dealt with inconsistency on the court as their flaws have been highlighted.

They needed something they could build momentum from as they head into a brutal stretch of the schedule.

“It felt like we hadn’t won in forever the way that we’ve been playing,” Mike Conley said. “That helps just build confidence.”

But the NBA schedule doesn’t care about the struggles of a team.

The Jazz’s two-week slugfest starts on Sunday night against the Golden State Warriors, but the Jazz won’t have time to breathe after facing the No. 2 team in the West as they’ll have to turn around and play the second game of a road back-to-back set on Monday against the No. 1 Phoenix Suns.

As the Jazz head back to Utah, the Suns will follow them there, where they’ll face off once again on Wednesday.

“It was a great team win,” Bojan Bogdanovic said after the Jazz’s 111-101 win against the Pistons. “I mean, the situation that we are in right now, it’s great to win a game, especially before this these three important games that are in front of us.”

It’s not just the three games against the Warriors and Suns though. The Jazz will also have games against the Memphis Grizzlies (Jan. 28), the team that supplanted the Jazz for the No. 3 spot in the West, the Minnesota Timberwolves (Jan. 30), the Denver Nuggets (Feb. 2) and the Brooklyn Nets (Feb. 4).

The Jazz have been without Donovan Mitchell for …read more