One of the most endearing couples on the 90 Day Fiance: The Other Way Season 4 premiere was Gabriel and Isabel.

Gabriel Paboga is an entrepreneur from Florida. He met Isabel Posada while on a work trip to Colombia. They hit it off, and now he’s prepared to uproot his entire life to be with her.

While some of his loved ones worry that he’s jumping into things too quickly, Gabe has his own concern.

Isabel’s parents don’t know that he’s transgender. He wants to make sure that they know before they give their blessing — or don’t — to their eventual marriage.

Gabriel Paboga introduced himself to the camera, explaining his business — he makes, essentially, padded underwear for trans men like himself. The idea is to replace heavy, clumsy packers.

If you want an analogy that cis people might use, think of a padded bra. Except one that helps with dysphoria. For that matter, a cis woman using a padded bra might arguably be using it for just that.

Gabe was quick to show off his sense of humor as he hand-molded and cut the foam.

Meanwhile, Gabe himself is delightful. He’s charming, handsome, and has a great sense of humor.

And we should acknowledge that he is long, long overdue representation for the 90 Day Fiance franchise.

He also opened up about his personal journey. Not every transgender person has the same experiences. One could say the same of cisgender folks, albeit with less significance. Or oppression.

When he was young, Gabriel did not yet realize that what he was feeling was his own gender. He felt mesmerized by women who wore “men’s clothing.” He eventually identified as a lesbian.

Gender and sexuality are complex, often more than labels would allow. But in this case, it was a matter of Gabe just not being able to put his finger on what made him sure that he wasn’t fitting in. That was, until he learned about other trans men. Gabriel is now free to live his best life.

Gabriel traveled to Colombia, looking for a manufacturing partner related to his business. He met Isabel at th ehome of a mutual friend. The two had an instant connection.

They had a day of …read more 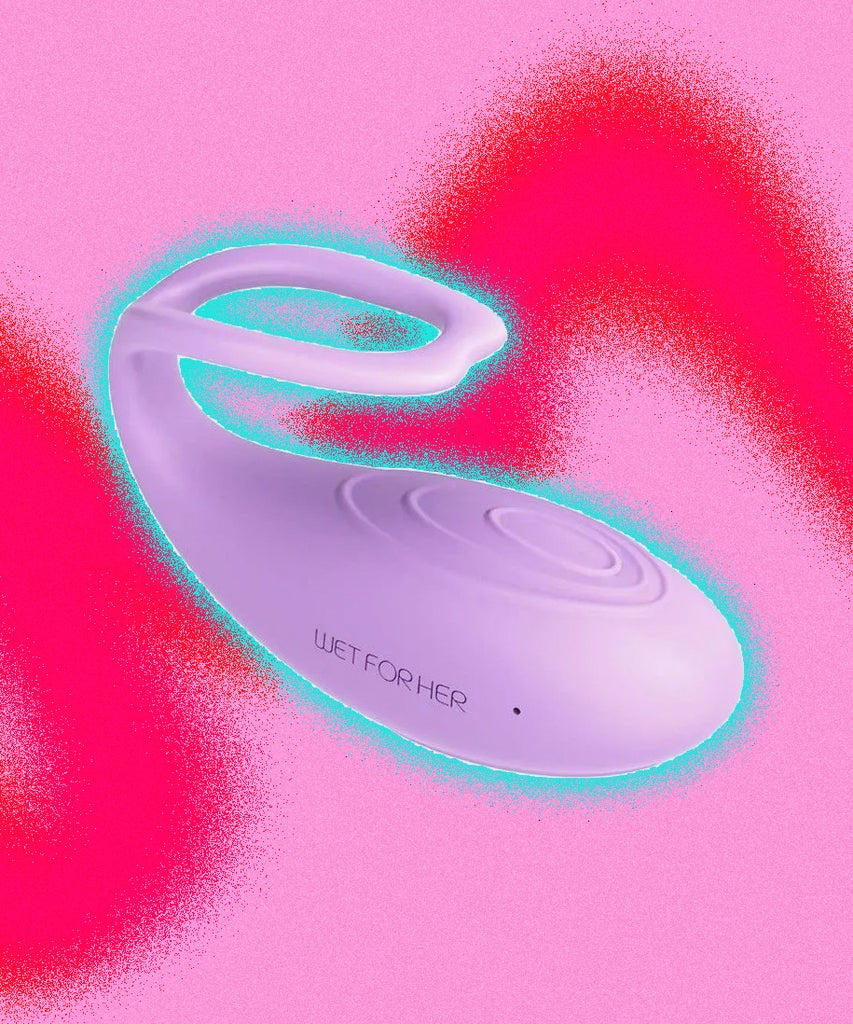 Learning how to have sex with a partner is always a new fun challenge, but it can be more difficult for queer people — especially if they both have vaginas. When we think of sex, we tend to think of it as penetration only (which it’s not, but that’s a convo for a different day). Simply put, vaginas can’t penetrate on their own, which is why many wlw couples will seek out sex toys and accessories to help get the job done. But it can be hard to trust any old dildo out there, given that most sex toys are not created with queer couples in mind. (In fact, the one time I asked a salesperson for help, they gave me recommendations for pegging—not what I was looking for!) Browsing on your own isn’t necessarily easier — there are more strap-on variations than shapes, sizes, and colors of dicks. Which is why I’ve never been more grateful than the day I learned about Wet For Her, a whole line of sex toys specifically created for the lesbian-trans-bi-queer community, crafted by lesbians.

The highly acclaimed retailer’s array of strap-ons, double-dildos, harnesses, and vibrators are created with LGBTQ+ users in mind, making them hugely popular in a community too often ignored by legacy sex toy companies. Though the sexual pleasure industry is inundated with products for women, Wet For Her’s CEO Alice Derock felt that queer women were being left out of the conversation. And though Wet For Her was originally created by lesbians for lesbians, the mission and the toys don’t discriminate. The brand believes in the power of inclusion and aims to make sex toys that celebrate a diverse range of bodies, genders, and sexual orientations. If that’s not enough to celebrate, how about this? Wet For Her is taking up to 60% off its best-selling lesbian sex toys in honor of Valentine’s Day. Below, check out the 3 top-rated lesbian sex toys you need to add to your collection while supplies last. 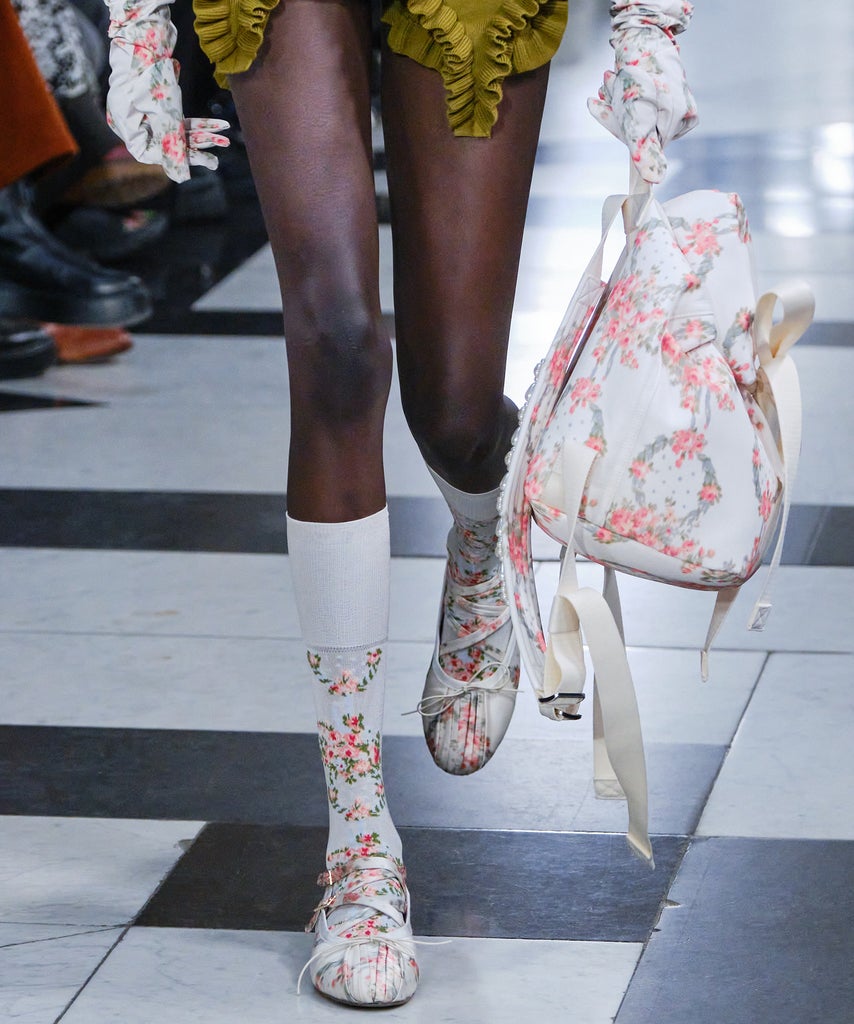 If your New Year’s resolution is to treat your wardrobe to a seasonally appropriate update, the best place to start is from the bottom. Solid style choices begin with a fashionable foundation, so what better way to step into a series of fresh ensembles this year than in one of the biggest shoe trends of 2023?

Maybe you’re contemplating a pair of sneakers to kick things off but have no idea if something dad-approved, chunky, or classic white is the way to go. Perhaps you’re in need of a trusty winter boot but are unsure if it should land above, below, or right around the knee. Toiling over whether or not giant platform heels are really worth the inevitable tumble?

Ahead, we’ve got answers to all these questions and more. And while the best fashion trends will always be whichever ones are worthy of your very own style moodboard, let this be an accessory guide for what the sartorial savants are adopting this season, should you wish to follow in their footsteps.

At Refinery29, we’re here to help you navigate this overwhelming world of stuff. All of our market picks are independently selected and curated by the editorial team. All product details reflect the price and availability at the time of publication. If you buy or click on something we link to on our site, Refinery29 may earn commission.

The appeal of preppy attire has yet to fade in 2023, but when it comes to the aesthetic’s favored shoe style, don’t settle for a plain old Mary Jane. The latest twist on this trend takes the classic silhouette up a notch, sometimes even literally with chunky soles and sky-high heels. Think: luxe fabrics, bold patterns, multiple straps, and pearly embellishments.

In the same way skirt hems are (somewhat) believed to rise and fall with stock prices, certain boot lengths are favored over others depending on the mood of each season. A good-looking boot never really goes out of style, but as we look ahead at the start of a new year for trends to come, our footwear preferences are following suit. Not as low as a bootie but not as tall as its over-the-knee counterpart, the knee-high boot is the perfect in-between option no matter what color, fabric, or heel you pair it with.

When will the COVID-19 pandemic end in the U.S.? Is it over when the president says so, by scientific consensus, or when the public thinks so? Historians of pandemics think it’s mainly the latter. Although blunting the epidemic curve is a major measurement, the perception of when we can “return to normal” resides largely in the subjective individual human domain. But can we come up with a measurable definition to help track progress and serve as the basis for public policy and awareness of the pandemic’s endpoint? That seems an exercise that is vital in this moment of pandemic confusion. Here’s my proposed definition: the country will not fully emerge from the COVID-19 pandemic until most people in our diverse nation accept the risk and consequences of exposure to a ubiquitous SARS-CoV-2, the virus that causes COVID-19.
[time-brightcove not-tgx=”true”]

The signal of the pandemic-phase end is not the disappearance of the virus, the attenuation of acute COVID-19 disease, the interruption of transmission, the solving of long-COVID, diminishing emerging variants, or the pronouncements of political or public health leadership; it is instead when the mass of Americans move from avoiding to accepting exposure and its consequences. In practice this requires a societal paradigm-shift. In our culture this transition is often viewed through a distorting political prism. Instead a sharper understanding can be gained through an agnostic evaluation of the evidence and science. Today, this strongly supports a new paradigm of “living with the virus” through accepting exposure for most Americans.

But a recent national poll demonstrates a strikingly divided public, not ready to make peace with the virus: while nearly half say that they have returned to their pre-COVID life, one-third still believe this is more than a year away or never.

Since the Omicron strain achieved predominance in early 2022, and now with over 500 sub-strains in circulation, the risk-benefit balance has progressively tilted in favor of planning for and accepting exposure of most non-high risk Americans. In this schema, people age 65 and higher, immunocompromised or frail with chronic disease constitute “high risk” for serious disease. The remaining significant majority of the population is “non-high risk.”

There are four seismic changes in both the virus and its human host that dictate this reset:

Omicron on average is …read more