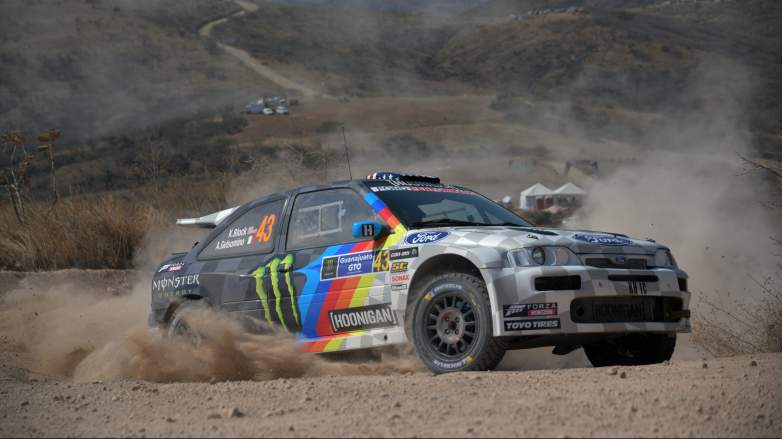 Brad Keselowski is at Phoenix Raceway for a test session with other NASCAR Cup Series drivers. He is using the opportunity to honor Ken Block — who passed away on January 2 — with a special scheme on the No. 6 RFK Racing Ford Mustang.

Keselowski showed off the new scheme on January 23 ahead of the two-day session in Phoenix. The No. 6 features a black, white, red, yellow, and blue scheme that includes a checkerboard pattern. One name rail features Block’s name and his iconic skull logo while a quarter window has his name and number.

“I’m honored to be able to have this opportunity to make the most of his heritage and legacy by honoring Ken back with this paint scheme on our car for our Phoenix test,” Keselowski explained in a video. “Through his foundation and other initiatives his family has, we want to support him and honor him in any way we can. And in some small way, we think this paint scheme does that.”

RFK Racing showed off the special scheme honoring Block. The team also used the opportunity to drive donations for The 43 Institute, a foundation dedicated to continuing Block’s legacy of “creating paths of opportunity for the exceptionally driven who may lack the proper support system for growth and success.”

The Tribute Recreates a Design by Troy Lee

Block utilized numerous liveries throughout his life and career. The majority featured Monster Energy logos as part of his longstanding partnership with the company. His cars also prominently featured matte black paint schemes.

The specific livery recreated by RFK Racing was unveiled in early 2020. Troy Lee, a major name across motorsports, created the black, red, white, blue, and yellow checkerboard scheme for Block’s 1990’s Ford Escort RS Cossie V2. Block unveiled it during a trip to the Hoonigan Burnyard at Irwindale Speedway before taking it south for the 2020 Rally Mexico.

The livery returned late in 2020, albeit on a different vehicle. Block and co-driver Alessandro Gelsomino took on Rally Barbados in the Ford Fiesta Rally 2, which featured the unique livery with its checkerboard pattern and bright colors.