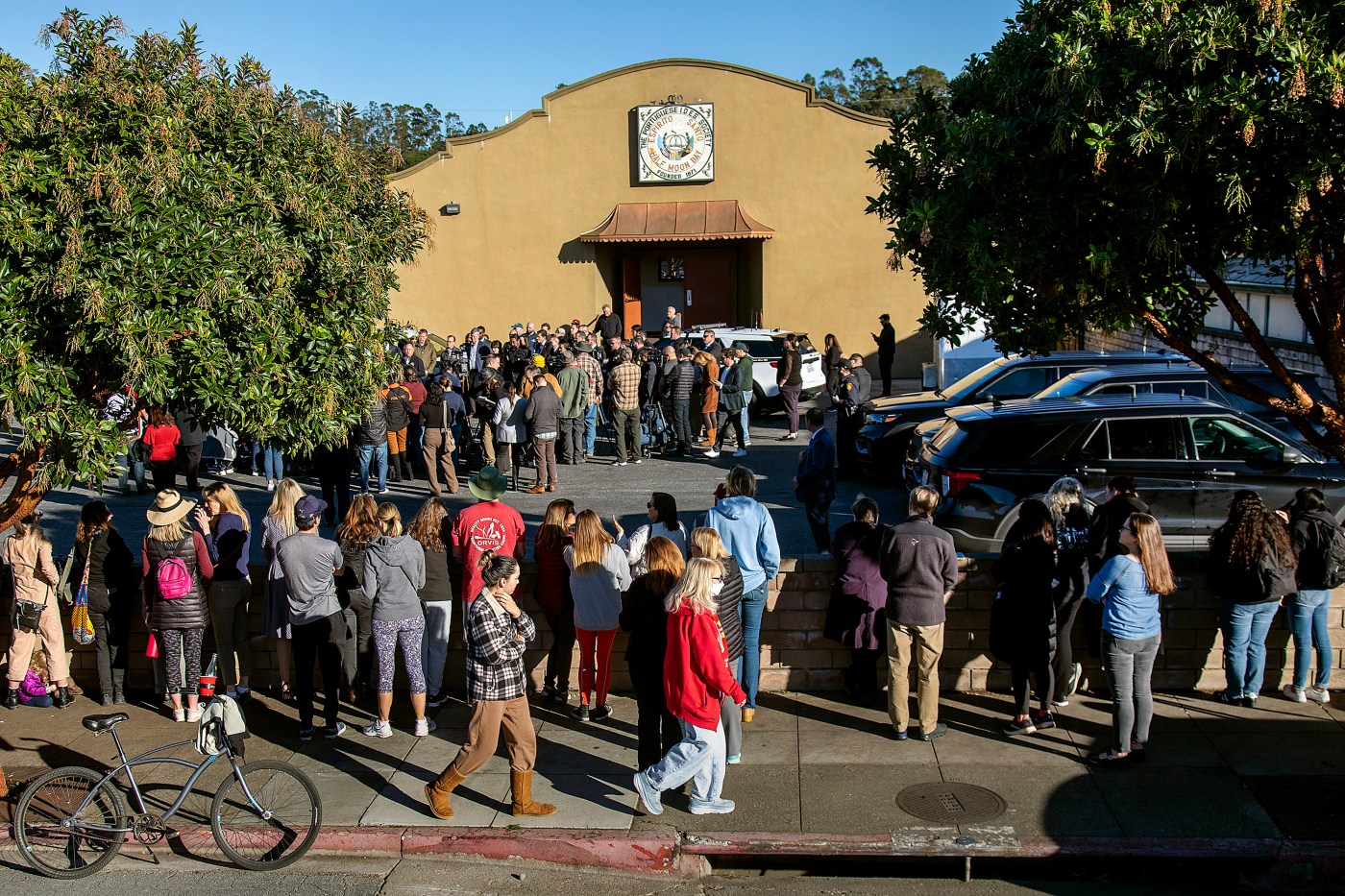 HALF MOON BAY — A day after a mass shooting at two mushroom farms shook this seaside community, horrific details began to emerge of farm workers hiding in portable toilets as a suspected gunman with a dark history opened fire, killing seven.

Officials said Chunli Zhao, the alleged 66-year-old shooter, lived with his wife in what locals describe as a ramshackle collection of trailers and tent-like structures housing a community of Asian and Latino immigrant workers. Court records suggest he may have been prone to violence, attempting to suffocate and threatening to “split (the) head” of a former roommate.

He also worked at Mountain Mushroom Farms, the first of the two shooting-spree locations. On Tuesday, law enforcement officials described Zhao was a “disgruntled” employee, who showed up Monday with a semi-automatic pistol he purchased legally.

Evidence so far “points to this being an instance of workplace violence,” the San Mateo sheriff’s office said. The deadliest mass shooting in San Mateo County history came as the state reels from a crescendo of gun violence over the past 72 hours.

“They were killed with purpose, with intent, execution style,” said Congresswoman Anna Eshoo. Eshoo met with survivors, some who sought cover in portable toilets as the carnage ensued. “They’re fearful about their livelihoods, fearful for their families, and (there is) a great deal of trauma.”

San Mateo authorities said Tuesday there were “no proceeding factors” suggesting Zhao was readying for an attack. But recently unearthed court records from a decade ago detail a history of violent, workplace related outbursts.

In 2013, Zhao’s former roommate and co-worker at a San Jose restaurant filed a successful restraining order in Santa Clara County court against Zhao, after claiming he said, “today I am going to kill you.”

The violent spat in March 2013 was tied to a dispute over Zhao losing his job at a San Jose restaurant and being told he’d have to pick up his final paycheck at the restaurant. Zhao’s roommate said he “took a pillow and started to cover my face and suffocate me” and also threatened to “use a kitchen knife to split my head” if he could not return to the job.

San Mateo County District Attorney Steve Wagstaffe said Tuesday that his investigators are learning all they can about the shooter. “We’re trying to find out, how did he buy a gun? Was he here on a work visa? Did he overstay a work visa?”