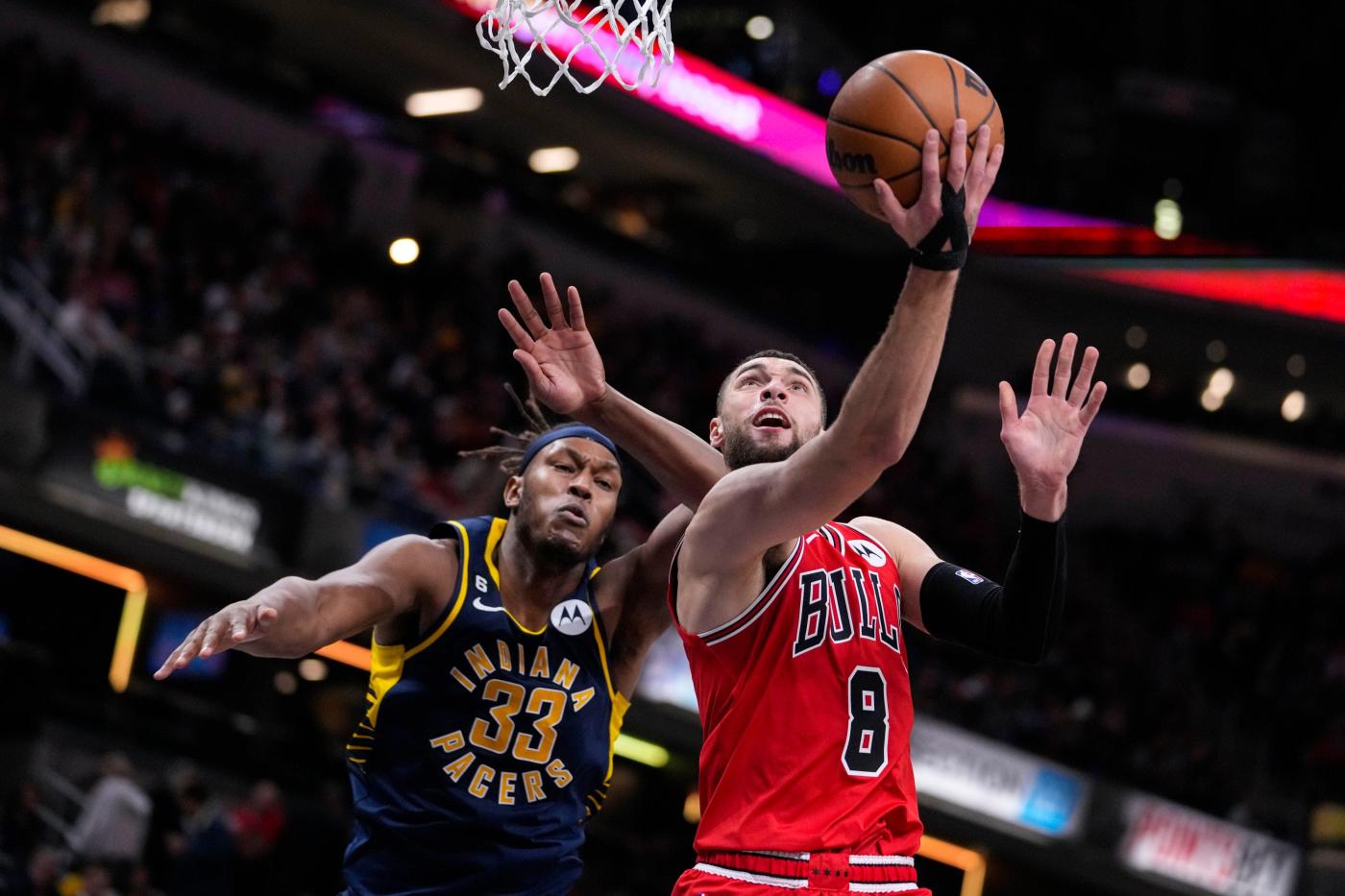 The Chicago Bulls couldn’t last more than three games without a collapse.

Tuesday night’s game at Gainbridge Fieldhouse should have been a chance for the Bulls to make a leap in the Eastern Conference standings. With Tyrese Haliburton sidelined by a sprained elbow and bruised knee, the Indiana Pacers had drifted tantalizingly within reach as a seven-game skid dropped them to a half-game ahead of the Bulls through Monday.

And for a while, everything was going right. The Bulls took an early 21-point lead. The Pacers seemed outmatched on both ends of the court.

What followed has become an inevitable, exhausting routine. The Bulls slumped coming out of halftime. The Pacers took full advantage, slicing the lead and tying the game in the final five minutes.

And in the final seconds, the Bulls couldn’t get anything right.

With 27.5 seconds left, Nikola Vučević couldn’t find an inbound outlet. He called a timeout and the Bulls reset the offense — only to throw the second chance straight into the fingertips of Pacers guard Buddy Hield, who took the ball full court before setting up Aaron Nesmith for two free throws and a 114-110 lead.

Zach LaVine got two looks to scrape the lead down to a point, only to travel with 7.6 seconds left.

After squandering a shot to leapfrog one of their closest competitors, the Bulls are 8-15 in clutch games.

A third-quarter deflation has become the norm for the Bulls, and Tuesday’s game was no different. The Bulls were outscored 34-25 in the third after the Pacers started the half with an 11-4 run. The tone of the game visibly shifted as the Bulls seemed to lose their discipline, particularly in a brutal stretch when Myles Turner pulled the chair on Vučević in an attempted post-up, LaVine missed a steal to allow a dunk on the ensuing play and DeMar DeRozan was stuffed at the rim. The Bulls still maintained a seven-point lead at the end of the quarter, but the momentum swung in the Pacers’ direction.
The Bulls were unable to control their combustion in the fourth quarter. The Pacers tied the game after DeRozan committed his fifth foul with 4:57 remaining, and T.J. McConnell flew around Ayo Dosunmu for a reverse layup that gave the Pacers their first lead 30 seconds later. The Pacers went on an 11-2 run from the 5:48 mark to the 3:53 mark to take a 105-102 lead.

Recapping the Chicago Bulls: A complete collapse in Indiana after leading by 21 squanders a chance to make a jump in the East

My AP top-25 MBB ballot: Purdue is No. 1, followed by Alabama and Houston