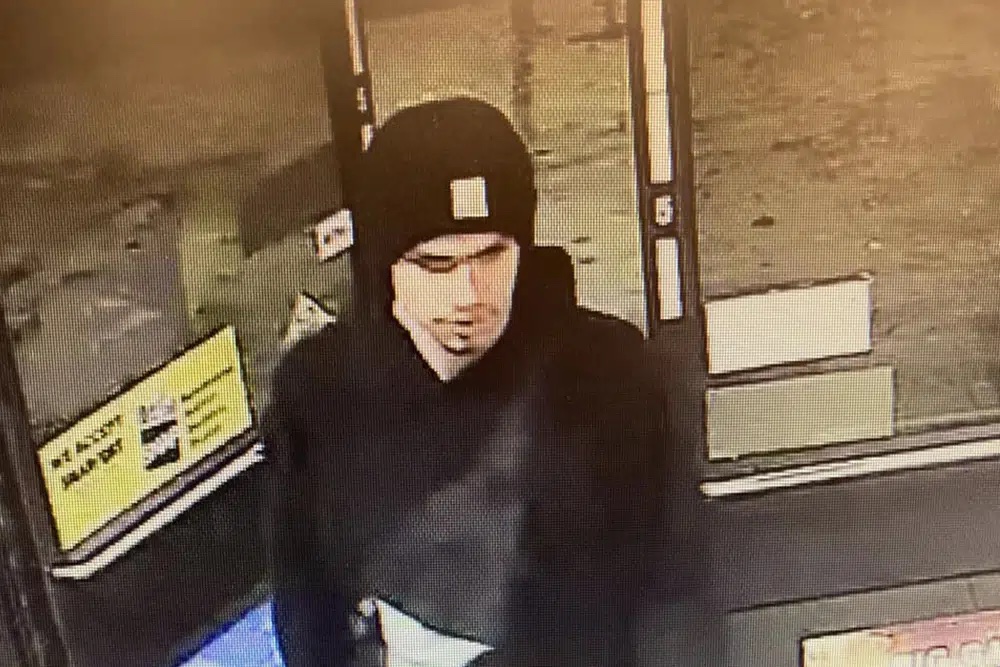 The suspect in the random killing of three people at a Washington convenience store was found hours later after a woman called 911 to say she was worried about the stranger who had borrowed her phone in a Target parking lot.

As police closed in, 21-year-old Jarid Haddock fatally shot himself behind the store.

Officers had surrounded the Yakima, Wash., home of Haddock’s parents after his mother reported suspicions the young man had been involved in the shootings around 3:30 a.m. Tuesday at a Circle K store nearby.

Around 2 p.m., a 911 operator took a call from a woman who said she was outside the Yakima Target store, about 3 miles from the home. She said she had lent her phone to a man and was alarmed by the conversation she overheard — including the statement “I killed those people” and a suicide threat.

It was later determined he had been speaking to his mother.

Murray said investigators had no idea what prompted the shootings at the Circle K. “There was no apparent conflict between the parties,” he said, citing witness statements as well as surveillance video. “The male just walked in and started shooting.”

Two customers were killed in the store, a 40-year-old woman and a 65-year-old man. The third, a 54-year-old man, was shot in his SUV in the parking lot.

The shooter then walked across the street to an Arco gas station, shot out a window of another car, and drove away in it.

The Circle K clerk, who had been in the back of the store, reported the shootings.

Around 7 a.m., a woman called 911 and said her son’s car was in her driveway with its window shot out and she thought he might be involved in the killings.

She had last heard from him, she said, when he sent a text at 3:15 a.m. saying he had locked himself out of his car at the Arco gas station off Interstate 82, about 2 miles from her home.

Surveillance video showed that, before going to the Circle K, the gunman had tried to enter the AM/PM store at the Arco but found the door was locked.  A clerk at the Arco told the Yakima Herald the store was previously open 24 hours a day but the owner had started closing it between 2 …read more

Latest line: A good week for the Golden Gate Bridge District, a bad week for Google

Column: No matter the result of MLB’s investigation, the Chicago White Sox need to sever ties with Mike Clevinger