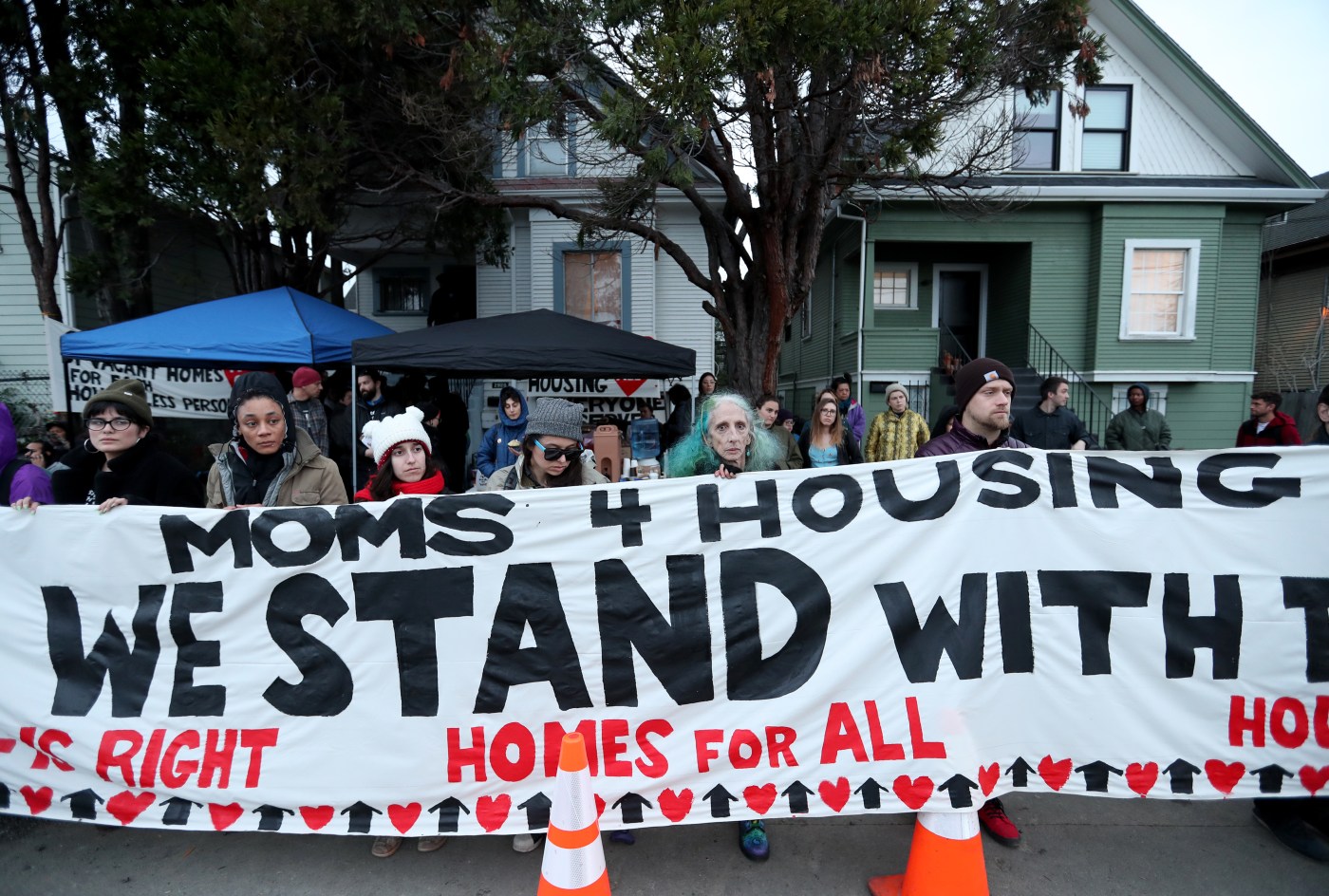 Tenants’ rights activists with Oakland-based Moms 4 Housing halted an Alameda County Board of Supervisors meeting on Tuesday and plan to occupy the board chambers for 60 hours while demanding new safeguards for renters at risk of eviction.

County supervisors were set to formally approve additional tenant protections Tuesday afternoon, as well as hold a discussion about at some point potentially ending the county’s ongoing pandemic eviction moratorium.

Before those items came before the board, a group of around four activists with Moms 4 Housing began excoriating supervisors for not doing enough to help renters and chanting “fight fight fight, housing is a human right.” The board then decided to pause the planned vote and discussion until a later meeting.

The added protections, which the board approved in an initial vote last month, would prevent landlords from screening prospective tenants based on their criminal histories, create a registry of rental properties and phase in new eviction safeguards for renters of single-family homes. The protections would only apply to unincorporated parts of the county.

What’s the cost of keeping councilmembers? Bay Area cities are crunching the numbers.

Mathews: Can California improve the lives of its people?

Oakland’s head of homelessness is out of a job — leaving city in the lurch, again

The discussion about ending the eviction moratorium, which covers the entire county, was scheduled at the request of Supervisor David Haubert. In a letter to the rest of the board, Haubert asked “to have a discussion to review and modify this Ordinance, which has had some unintended consequences on our constituents.”